On 22 May 1623, Ascension Day, the new Chapel at Lincoln’s Inn was consecrated. The service was led by the Bishop of London and a sermon was preached by Dr John Donne, Dean of St Paul’s.

The deed of consecration (dated 26 May 1623) survives in the archive, and with it the attestation signed by the notary public, Robert Kemp. This includes the attached ecclesiastical pendant seal of George Montaigne, Bishop of London. 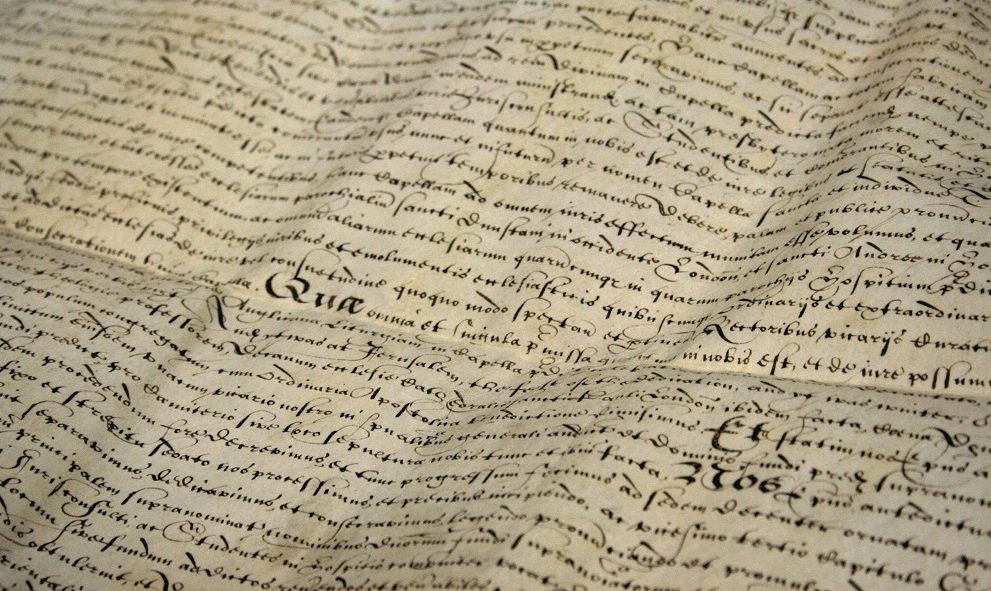 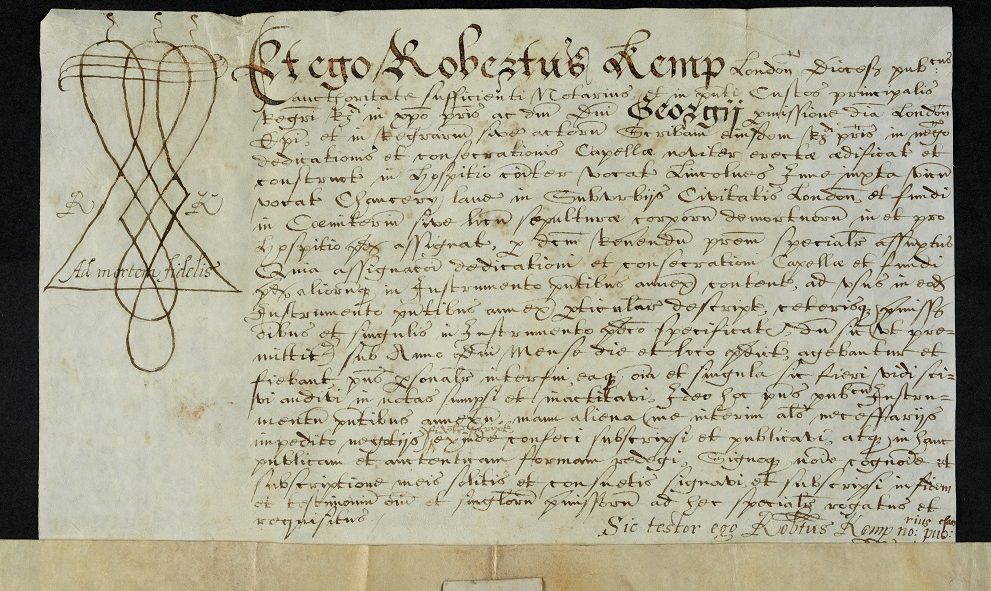 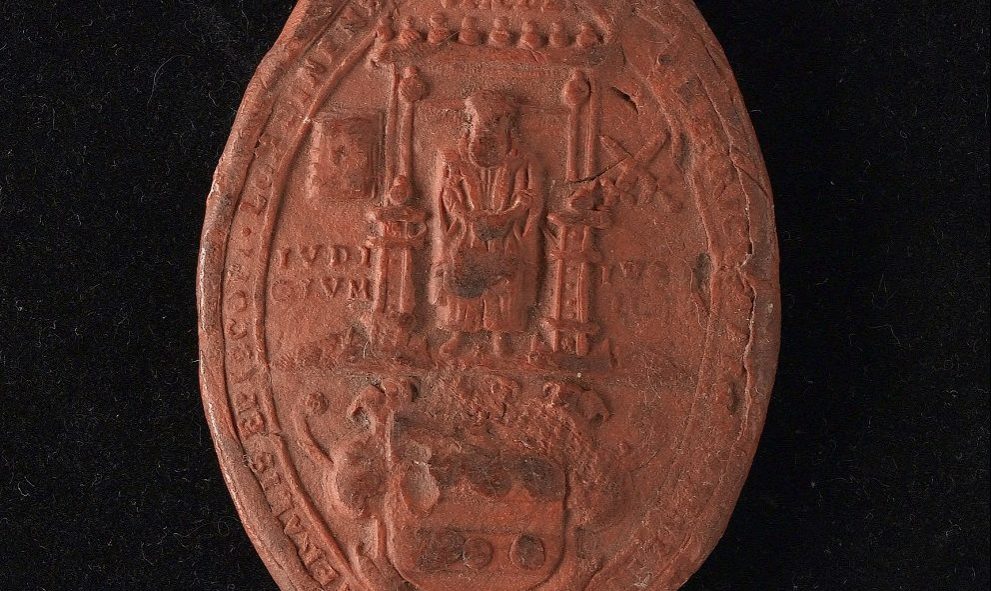 The original Chapel had been situated near the present War Memorial. In the early seventeenth century it became too small for the Society’s needs and was in need of extensive repairs. In 1609 discussions regarding the Chapel are recorded in the Black Books, with the decision to build a ‘fayre large Chapell’ being justified on account of the current Chapel being ‘ruynous and not sufficient for the number of this Howse.’

Between then and 1620, discussions, and attempts to raise funds, continued. In June 1618 it was ordered that all benchers were to attend the next Council meeting, when the site of the new Chapel would be decided on.  All benchers not present at that meeting were to be warned by the Chief Butler of the need to attend as ‘everie Bencher that shalbe warned to be at the next Counsell and shall absent himself from thence, shall forfeit fortie shillings.’

Despite this, the decision process continued to be protracted. By June 1619 all that had been decided was that the buildings on the north side of the Chapel should be torn down and the material kept for the new Chapel.

While these discussions were still underway, so were efforts to raise donations. It had been estimated that £2,000 would be needed to cover the cost of building the new Chapel.

Some donations were given from the start, and over time more money was collected, including separate donations from those wishing to see their coat of arms in the windows of the Chapel.

From 1618 fundraising efforts were increased, with the result that Dr John Donne, the Inn’s Preacher at that time, laid the foundation stone for the Chapel in 1621.

In May 1623, with the Chapel building almost complete, it was decided that the Chapel should be consecrated on Ascension Day. George Montaigne, Bishop of London, consecrated the Chapel and after Dr John Donne’s service, he proceeded to consecrate the Undercroft as a burial ground. Burials continued there until 1852.