The principal activities of Lincoln’s Inn are the provision of educational activities for students and continuing education for barristers; the provision of scholarships to students; the maintenance and development of the Inn’s estate of some 11 acres, including its historic and other buildings which comprise both collegiate buildings and other premises let as barristers’ chambers, professional offices and residential accommodation; support for the Bar; the provision of a first class law library; the maintenance of its Chapel as a place of worship; and collegiate activities for its members.

Officers of the Inn

The Treasurer is the annually elected Head of Lincoln’s Inn.

Lord Justice David Richards was called to the Bar in 1974 by Inner Temple and joined Lincoln’s Inn in 1977. He was in practice at the Bar from 1975 to 2003 and took silk in 1992. He was appointed a High Court Judge in 2003. On 16 November 2015 he was appointed as a Lord Justice of Appeal. He was elected a Bencher in 2000. He was a longstanding member of the Finance and General Purposes Committee and served as its Chairman from 2014-2019. He is a Director of the Inn’s Corporate Trust, a Trustee of the Heritage Fund, a member of PADG and the Wine Committee.

Jonathan Crow QC was called in 1981 and took silk in 2006. He is a practising barrister at 4 Stone Buildings. His practice includes civil fraud, company law, corporate insolvencies, public law and constitutional law. In addition to his work in London, he also has a busy overseas practice. He sits part time as a Deputy High Court Judge in London and as a judge of the Courts of Appeal in Jersey and Guernsey. He is Attorney General to HRH The Prince of Wales. He was elected a Bencher in 1998. He sits on the Finance and General Purposes Committee and previously served on the Estates Committee, Treasurer’s Committee and University Liaison Committee.

Sir Geoffrey Vos was called to the Bar by Inner Temple in 1977 and joined Lincoln’s Inn in 1979. He practised at the Chancery-Commercial bar and took silk in 1993. He was appointed a Justice of the High Court in October 2009. He was appointed a Lord Justice of Appeal in 2013.  He was appointed Chancellor of the High Court of England and Wales in 2016. He was the Chairman of the Chancery Bar Association from 1999 to 2001 and of the Bar Council in 2007. He was elected a Bencher in 2000. He sits on the Wine Committee and previously served on the Admission, Call and Pupillage Committee and Finance and General Purposes Committee.

Master of the Walks - The Rt Hon Lord Briggs of Westbourne

Lord Briggs practised in commercial and chancery work before being appointed to the High Court in 2006. He was the judge in charge of the extensive Lehman insolvency litigation from 2009 to 2013. He was appointed as a Lord Justice of Appeal in 2013. In January 2016 he was appointed Deputy Head of Civil Justice. He became a Justice of The Supreme Court in October 2017. He was elected a Bencher in 2001. He became Chair of the Chapel Committee last year having been a member since 2002. He previously served on the Advisory (Benchers) Committee and the Rent Executive Committee.

The Immediate Past Treasurer is The Rt Hon Lord Justice McCombe

Lord Justice McCombe was called to the Bar in 1975 by Lincoln’s Inn, and was elected a Bencher in 1996. He was the second junior counsel to the Director-General of Fair Trading from 1982- 1987. In 1987 he became first junior counsel, which he served as until 1989, and was also appointed as Queen’s Counsel. He became an Assistant Recorder in 1993 and a Recorder in 1996. In 1998 he was appointed as a Deputy High Court judge. Between 1996-2001, he served as Attorney General to the Duchy of Lancaster. On 11th January 2001, he was appointed to the High Court, Queen’s Bench Division. From 2004-2007, he served as Presiding Judge on the Northern Circuit. He was appointed as a Lord Justice of Appeal on 26 October 2012.

The Under Treasurer as Chief Executive of the Inn is responsible for all facets of the Inn’s organisation and operation. 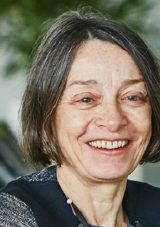 Anne Sharp is the Under Treasurer (Chief Executive) of Lincoln’s Inn, which she joined in January 2019 from the Advisory, Conciliation and Arbitration Service (Acas), where she was CEO.

Anne’s earlier career in the Civil Service involved regulatory, policy, leadership and strategy experience across a wide range of topics and sectors. From 2009 to February 2013 Anne reported to the Lord Chief Justice as CEO of the Judicial Office, supporting judges and magistrates around the country.

Anne was awarded a CBE in the 2017 New Year’s Honours for services to workplace relations.