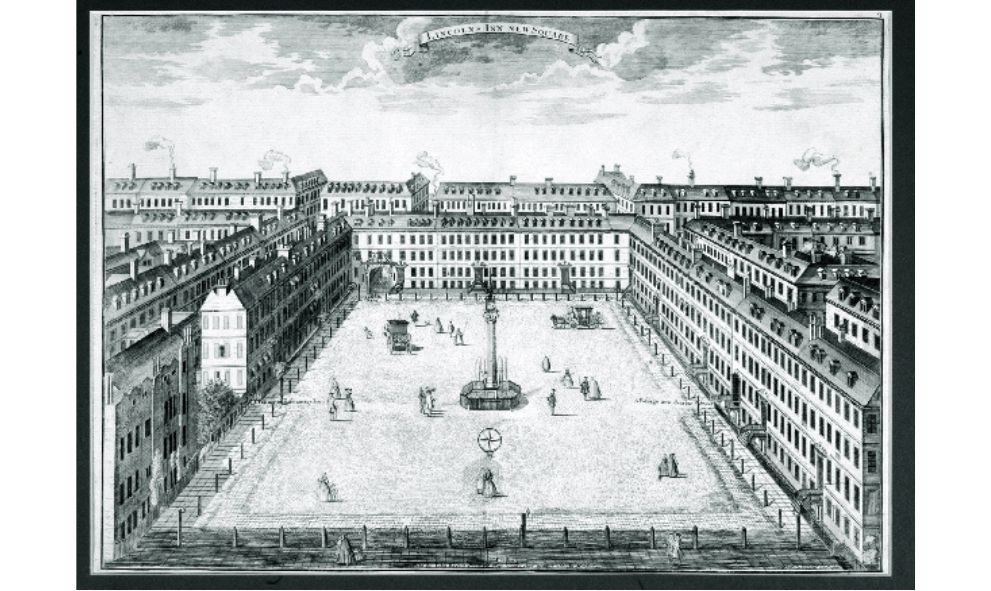 New Square, previously called Serle Square, had a very complicated process of inclusion to the Inn’s estate.  In the 1680’s, an enterprising member of the Inn, Henry Serle, decided to take the much needed expansion of the Inn into his own hands, and purchased part of the land now in New Square.  However, there were many complications over contested ownership, and it took decades to be resolved, ending in Serle’s Estate Act, a private Act of Parliament, in 1692.

The garden in the centre was originally laid to gravel with a tall monument in the centre.  It was a popular place to be seen walking out.  Today, the Square is popular as a light and bright space in the Inn and many of our summer events are held on the lawn. 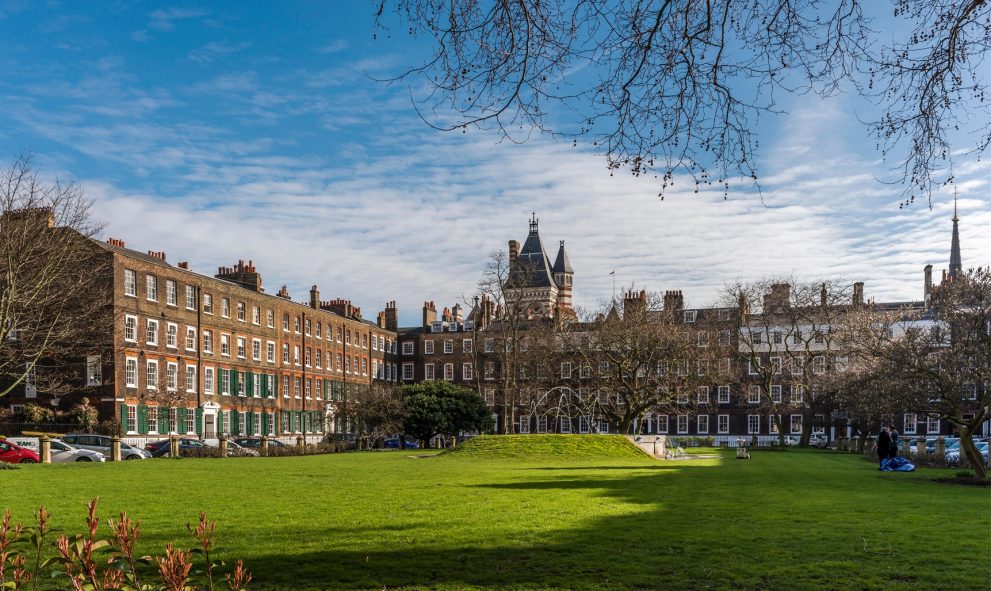