On 12 February 1496, one of the Inn’s most famous past members, Sir Thomas More, was admitted. On his admission he was ‘pardoned four vacations at the instance of his father, John More’, who was a bencher.

Such ‘special admissions’ for those with the right connections were not uncommon. Unlike today, however, ‘vacations’ in the late fifteenth century were one of the periods of most intense learning, so it is perhaps slightly puzzling that such exemptions were sought by those who might want their sons or relatives to undergo, rather than escape, their educational obligations.  Admitted on the same day as More was a Richard Stafferton who was also admitted at John More’s instance and on the same terms as Thomas. As Richard married Thomas’ sister Joan, this extended privilege is perhaps not so surprising. Indeed this family connection was continued in 1520 when on the 24 June, it is recorded that Richard Stafferton, son of Richard and Joan, and Thomas More’s nephew, was admitted to the Inn at the instance of Thomas More.

His call to the bar, which was five or six years after his admission, has escaped the Inn’s records. Indeed there are relatively few detailed entries in the Black Books relating to Thomas More although there are enough references to give us an idea about his involvement with the Inn. He was clearly recognised for his financial management as he was auditor for the Inn for the financial year 1503-4 and then made pensioner, or financial administrator, for the Inn in 1507. Following this, More was made the Butler for Christmas, a position involved with the organisation of the annual Christmas celebrations or ‘revels’. He was then made a Bencher in about 1508 before being made Autumn Reader in 1510, a post which involved More delivering lectures and leading the following discussion and analysis of legal matters and issues with the students. Most significantly, in 1510 More paid the Inn a fine of £5 on declining the post of Keeper of the Black Books. Although this does not sound particularly important, from an archival perspective it is a great shame as otherwise we would have had a year’s worth of entries in the Black Books written in More’s own hand, something of which very little survives today. The image below shows the relevant entry. 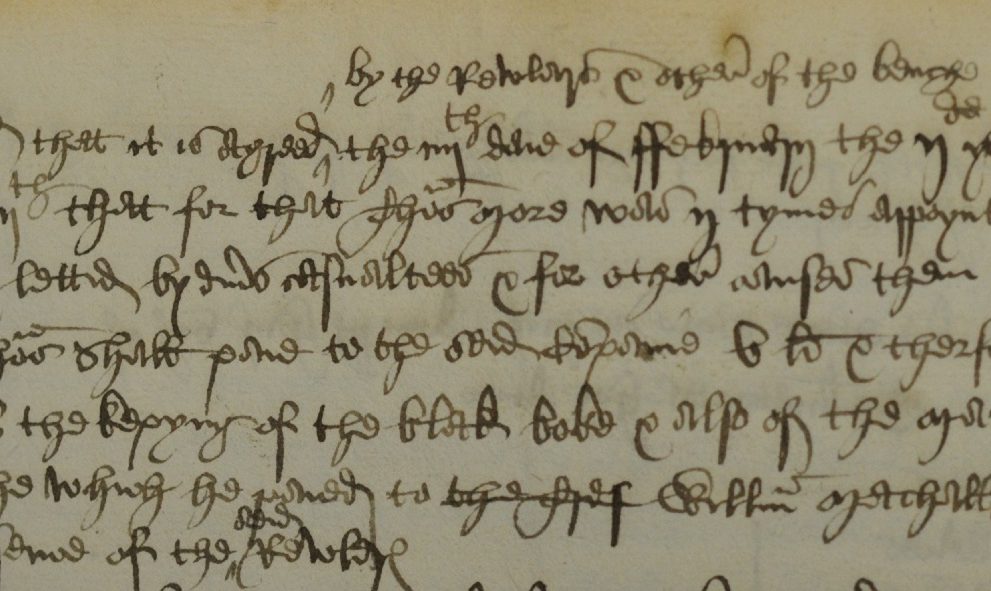 The following year More declined to act as Treasurer even though he was elected to the post. In 1514 More was made Lent Reader. In this period, being a ‘double’ reader – so having being made both Autumn and Lent Reader – was one of the highest honours an Inn of Court could confer on any of its members and usually preceded the elevation of that individual to the rank of serjeant-at-law, although More does not seem to have taken on this role, possibly due to his growing involvement with the affairs of the king, Henry VIII.

Coincidentally this year also marks the 500 anniversary of the publication of More’s Utopia. Utopia is a work of fiction depicting the political, religious and social customs of an island society, which are seen as being reminiscent of monastic life of the period. Indeed, More had considered becoming a monk before committing to his legal career and had lived near Carthusian monks between 1503 and 1504 whilst observing their spiritual exercises, so this no doubt provided some inspiration for the work. An extremely fine first edition of Utopia, published in Louvain in 1516, is held in the Library. Sir Felix Cassel, who had been Treasurer in 1935, donated this copy in 1944. It had come from the library of John Burns, a noted collector, who in turn had acquired it in 1919 after the sale of the Britwell Court Library in Buckinghamshire which had been amassed by William Henry Miller. The image below shows the frontispiece of the 1516 Utopia; the next image is of the binding which shows the cipher (interlinked initials) of Miller alongside his coat of arms. 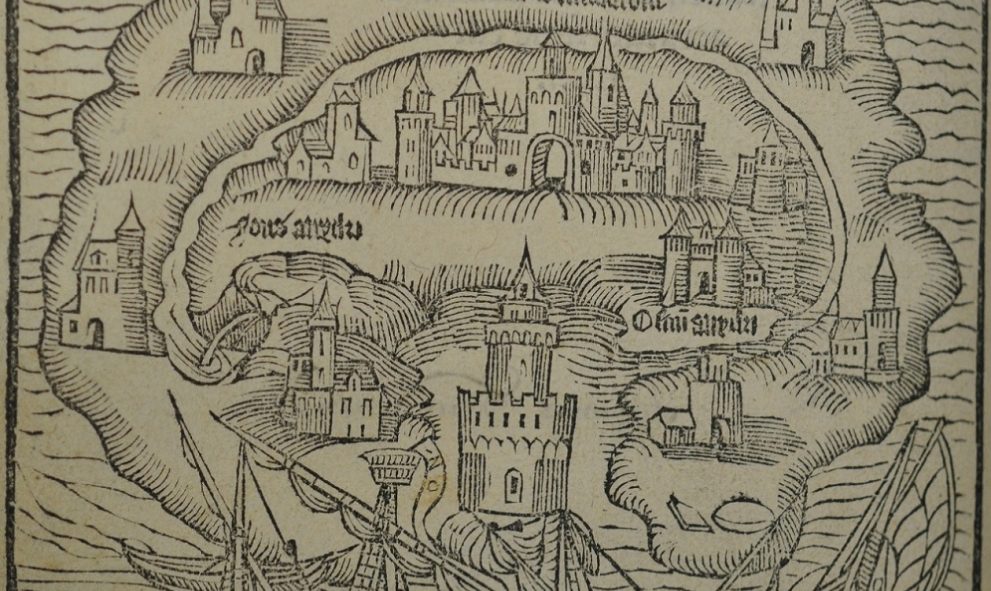 Frontispiece of the 1516 Utopia
Utopia binding

In addition to the copy of Utopia, Cassel had earlier presented the reputed Holbein miniature of More which is displayed in the Council Room and an award of King’s Council made in 1528 bearing More’s signature. These gifts were made in 1935 to mark More’s canonisation. Lord Russell of Killowen also marked More’s canonisation in 1935 by presenting a fine copy of his English works (1577).

The other item of interest relating to More is the copy of the portrait hanging in the Frick Collection in New York which was commissioned by the Inn in 1961 for the Great Hall, where it still hangs, and is shown at the top of this article.