Although there are varied examples of handwriting in the Archives at Lincoln’s Inn, including samples written in Latin and French as well as English, there is one unusual entry in the Golden Book that is written in Arabic.

This was entered on 4 March 1682 by the then Moroccan Ambassador, Mohammed bin Hadou, who had been sent to England by the Moroccan ruler Moulay Ismail ibn Sharif. Mohammed bin Hadou arrived In England on the 29 December 1681 and left on 23 July 1682, so was about half way through his diplomatic visit when he visited the Inn. The image below shows the entry in the Golden Book and has been roughly translated as ‘Praise be to God alone! Written by the servant of the wise, the pilgrim to God, Muhammad the son of Muhammed the son of Haddu, belonging to Sus, the Bahamwani. May God be gracious unto him! Amen’.

Contemporary sources suggest that although bin Hadou was courteous, well received and popular, his English language abilities were not very good and he had to have a secretary and translator (who were one and the same person) with him for the duration of his visit. A second signature on the same page as bin Hadou’s, which does not correspond with the translation of the name given in the Arabic signature, certainly suggests he had his secretary and translator with him when he visited the Inn. A secretary and translator would have to be able to speak and write English so it is perhaps not surprising that his signature is written in Roman script as opposed to Arabic. It is not the clearest hand, but the name possibly reads as ‘Alhash Mahamad Lacos Abençerahe’.

Bin Hadou’s visit is noted to have been part of efforts to continue peace between England and Morocco. During his visit to England, bin Hadou visited not only Lincoln’s Inn, but also Cambridge and Oxford Universities and the Royal Society as well as attending numerous gatherings at Whitehall, the Palace of Westminster and Westminster Hall which included audiences with Charles II (who had himself also signed the Golden Book ten years previously), banquets and theatrical performances.

However, despite such an important visit being made to the Inn, there are no records in the Inn’s Archives detailing exactly what happened while he was here. This seems unusual as similar important visits, such as the visit of Charles II in 1672, are recorded in detail. It seems fair to assume that this occasion must have been recorded somewhere at one point but that any description has since been lost. Indeed, the Inn’s accounts for the period that may have detailed how much was spent on the visit no longer survive, while the original volume of the Black Books which would usually be the ‘go to’ place for information about such an important visit has a long gap between 17 February 1682 and 11 May 1682. This was not such an unusual period of time for there to be a gap in the Black Book recordings as this was the period covered by the Lent vacation. Nonetheless, it is rather frustrating that there are no details of his visit in our own records.

Fortunately, however, we are able to turn to contemporary sources for details of the Ambassador’s visit. Due to his unprecedented popularity, his travels around England were extremely well documented in newspapers and journals and the diaries of those in attendance at gatherings where he was present. The most detailed account appears in the concisely named newspaper the Loyal Protestant and True Domestick Intelligence. In it is written the following:

‘March 4 1682 – This day about 4 in the afternoon his Excellency the Embassador of Fez and Morocco went to see the Honourable Society and Gardens of Lincolns-Inne; where he was met and waited on by Sir James Butler, Her Majesties Attorney General, Sir John Churchill, His Royal Highness’s Attorney General, the Treasurer of the House, and the rest of the Masters of the Bench, and such of the Gentlemen of the Bar, and under, that were in Town; who all attended him into the Garden, where he walked round. When he stood in the middle of the high Tarris-walk that looks into Lincolns-Inn-Fields, and the two gardens of the said Society, beholding the Beauty and Uniformity of the Buildings round about the fields and Gardens, &c. he said he had never seen a finer prospect in a City. After his Excellency had walked round, he was pleased to go to Sir James Butler’s Lodgings (one of the best and handsomest in the Inns of Court), out of which a door opens into the Garden, where he was entertained with the sight of the Pictures of the King, Queen, and divers others, as also a good Studdy of Books with which he was extremely pleased. From thence he went throw the Hall to the Councel Chamber, where he writ his name in the Book where the King, Duke and Prince Rupert did that Society the Honour to enter their names in heretofore, when they were thereof admitted; having been presented there, by the Masters of the Bench, with a Banquet, he returned his hearty Thanks for the generous Entertainment he received; and promised, that he would give to the Poor all the Money he should receive by the practice of the Law, whenever he came to Plead at the bar’.

There are several interesting observations that can be made from this description of the Ambassador’s visit to the Inn, not least the direct reference to bin Hadou signing the Golden Book.

Sir James Butler (admitted 27 October 1660, benched 29 November 1673, Treasurer 1675) was coincidentally the same James Butler who was knighted by Charles II following his visit to the Inn in February 1672.  Butler’s chambers, here described as being ‘the best and handsomest’ were in fact located on the ground floor of Garden Row and Garden Court, a range of buildings that was demolished in the nineteenth century to make way for new buildings now numbered 10, 11 and 12 Old Square. Clicking on this coloured early eighteenth century print of the Inn will take you to a close up of Garden Row and the location of Sir James Butler’s chambers. This clearly shows just how pleasant it must have been for the chambers to have doors opening out onto the ‘two gardens of the .. society’. This view is looking into New Square from the South, with Lincoln’s Inn Fields on the left and the Chapel, Old Hall and Chancery Lane on the right. 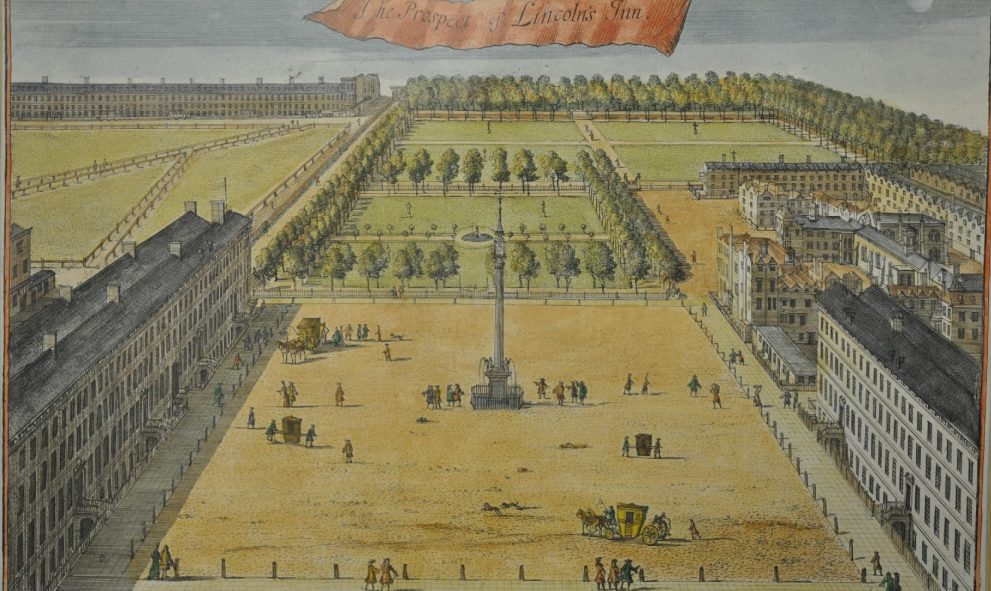 The ‘high Tarris’ or high terrace referred to in the extract partly survives as the walkway now situated in the far north west part of the Inn’s site.

The pictures of ‘the King, Queen and divers others’ is also noteworthy in that if the Inn ever owned portraits of Charles II and the Queen, Catherine of Braganza, they were lost long ago. There is a note in the Black Books of a Council meeting that took place on 4 February 1663 where a portrait of Charles II was in possession of the Inn, so it is possible this is one and the same. Finally, the portrait below which is in the collections of English Heritage at Chiswick House shows bin Hadou.

Portrait of Mohammed bin Hadou in the collections of English Heritage at Chiswick House. 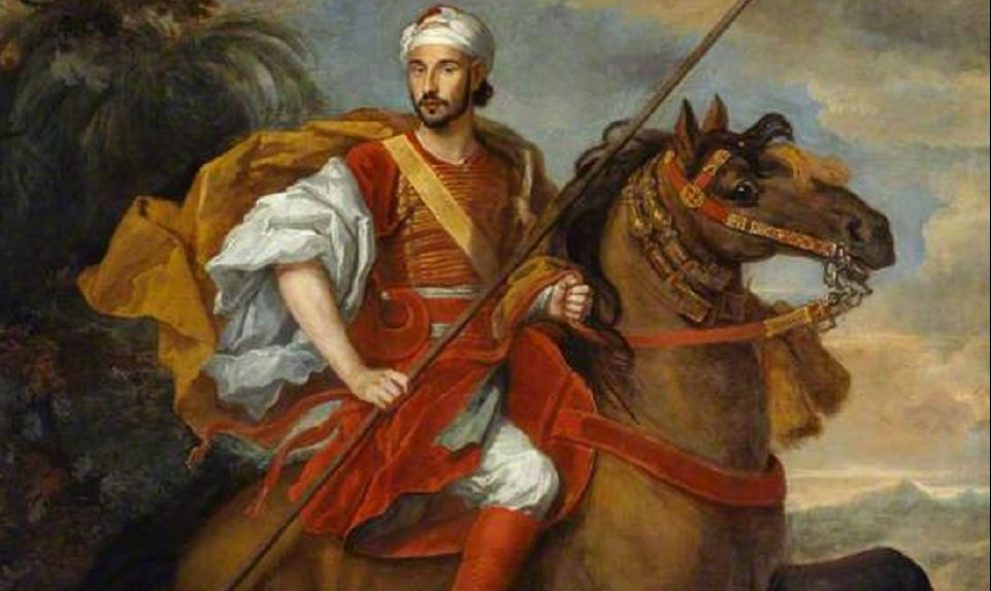