Through its membership, Lincoln’s Inn can lay claim to numerous important legal minds, both past and present, sixteen of whom went on to become Prime Ministers and two who have even gone on to be canonised. Equally as impressive is that one of our other most famous members, Mohammed Ali Jinnah, is remembered for being the founder of Pakistan in 1947.

Jinnah was born on Christmas Day 1876 and is described in the admissions register as the first son of ‘Jinnahbhai’ of Karachi, Sind, India, merchant. He was admitted on 5 June 1893 aged 19. Of course these dates do not tally as if he was 19 on admission he would have been born in 1874. However, the date of 1876 is considered his official birth year in Pakistan which would have made him 16 on admission and aged 19 at call. Although the Inns have never had formal age requirements for admission, it has long been the case that one had to be 21 to be called to the bar but in the eyes of the Inn he was certainly 21 when called. Below is his entry in the admissions register (Archive ref: B1a/27) 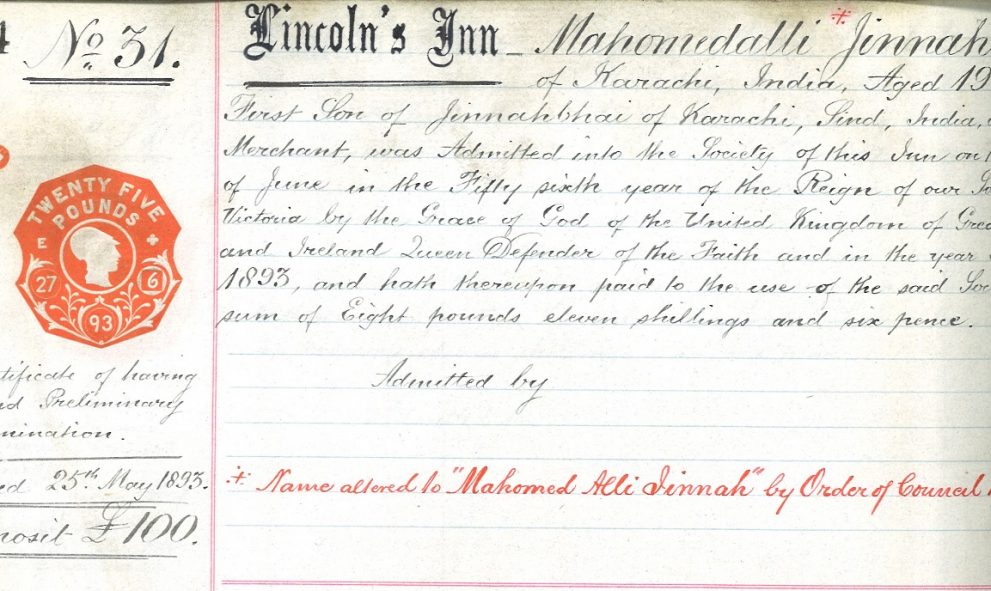 Indeed, a glimpse of Jinnah’s ability to form a good argument can be seen in a petition he put to Council on 25 April 1893 for dispensation from the Latin paper in the preliminary examination – until it was abolished in 1909 all prospective students who had not attended a university ‘within the British Dominions’ had to sit the exam before admission. This petition (Archive ref: A1b/1893) is shown below. In it he essentially argues that being a National of India he had never been taught Latin, and in the time in which he might otherwise have been taught Latin he had learned several Indian languages as was the then requirement of schools in India. The Inn agreed to the exemption and Jinnah passed his preliminary examination on 25 May 1893. 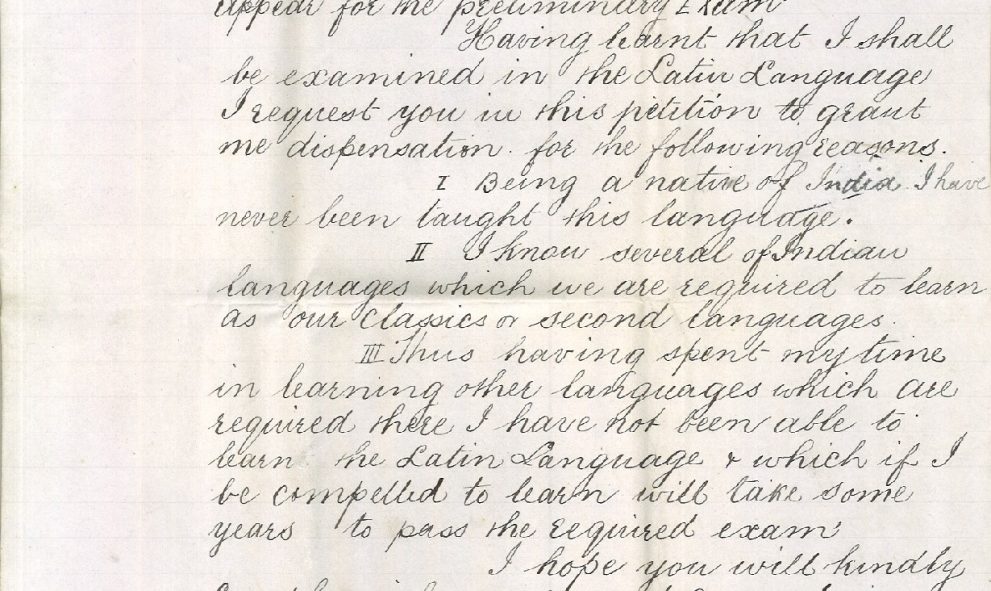 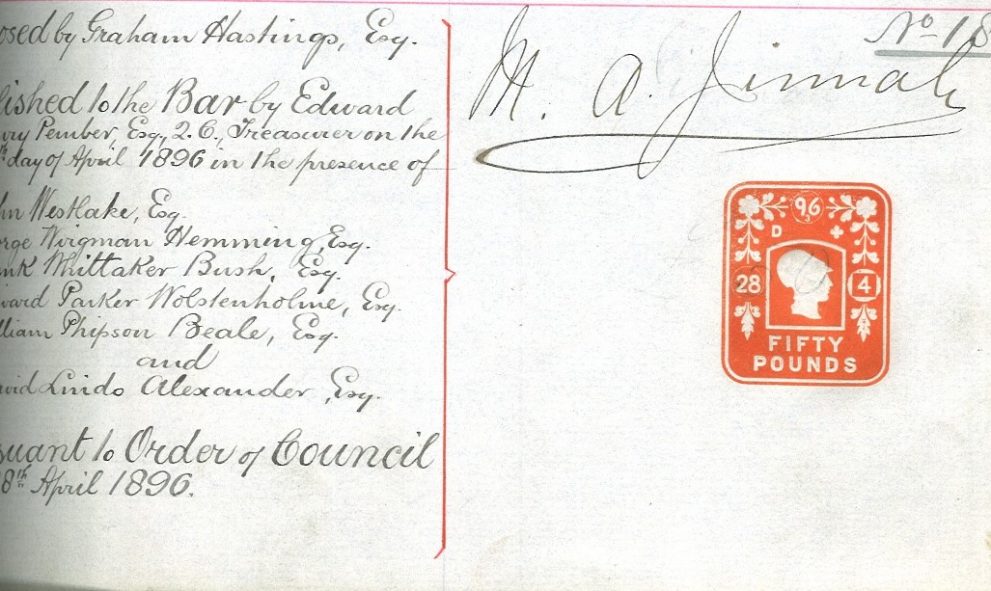 Coincidentally, Richard Kaikhusroo Sorabji, who was called to the bar at the same time as Jinnah was the brother of Cornelia Sorabji, another Lincoln’s Inn member, who was one of the first women to be called to the English bar.

When Jinnah was originally admitted his name was entered in the register as Jinnahbhai but he petitioned Council with the letter below (Archive ref: A1b/1896) to have it changed in time for his call to the bar. 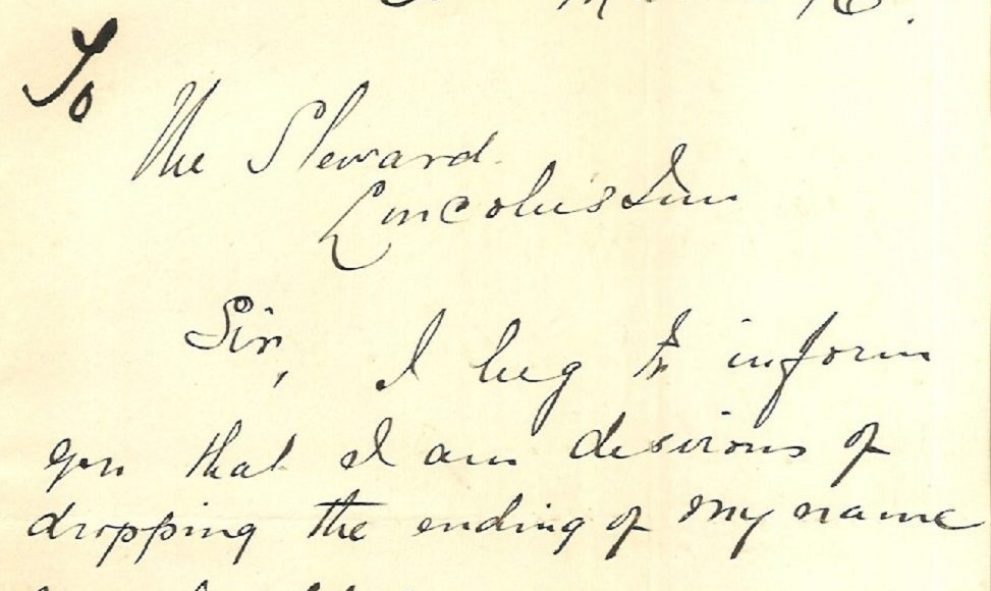 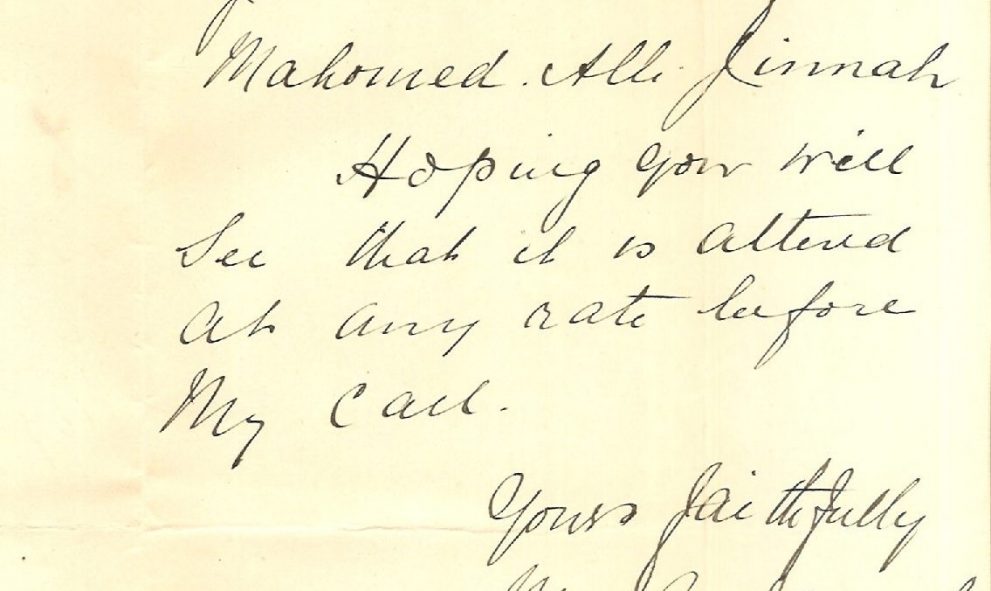 According to the various biographies of Jinnah, he partly chose Lincoln’s Inn over the other Inns due to the large number of volumes in the Library and that he also felt that Lincoln’s Inn was ‘the most economical’, his frugal nature apparently being something that was instilled in him by his parents at a young age.

Following his call to the Bar, Jinnah returned to India. He returned to England in 1930 as a delegate to the Round Table Conferences organised by the British government to discuss the future of India. He remained until 1934 practising in India appeals before the Privy Council. His chambers were at 11 King’s Bench Walk, so he additionally joined Inner Temple on 5 May 1931.

The portrait of Jinnah below hangs in the Inn and was presented by the High Commissioner of Pakistan on 11 October 1965. 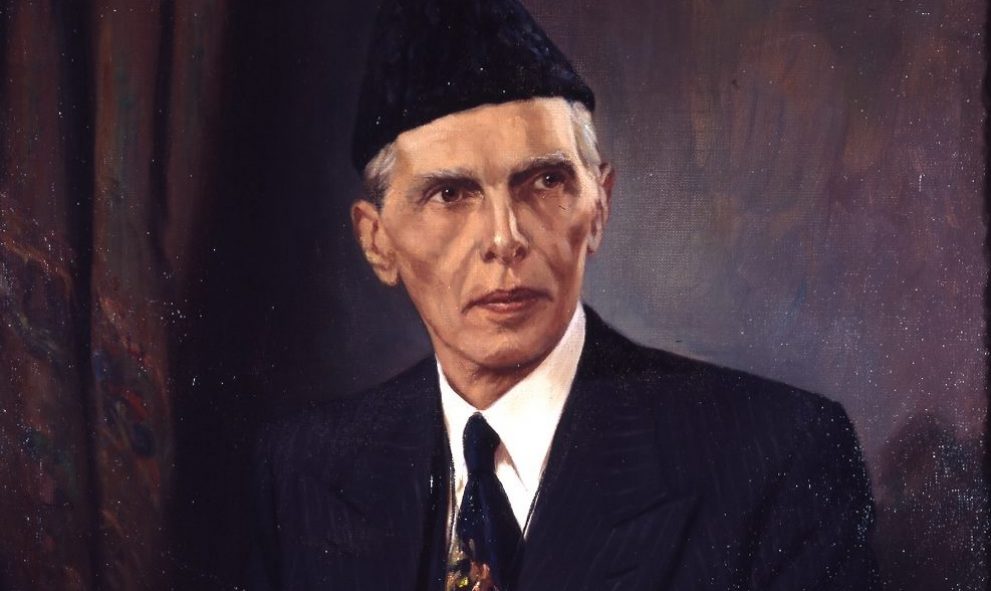