On 14 July 1905 a ball was held at Lincoln’s Inn. This was not the first ball to be held at the Inn, although the previous two balls in 1870 and 1874 were held by the Inns of Court regiment rather than expressly for Inn members.

There does not appear to be any particular reason why the ball was held other than there appears to have been a demand from the members that there should be one. Very early on it was decided that the numbers allowed to attend the ball should be capped at 800 and that letters should be sent to members intimating this. Ultimately invitations were sent to 164 officials and their guests, 275 Benchers and their guests, 405 Barristers and their guests and 20 students (totalling 864) of which about 800 attended.

As with similar balls held at Universities there was food, entertainment and dancing. The plan below shows how the terrace area by the Great Hall building was laid out with cloak rooms, a buffet and refreshments room and ‘sitting out’ rooms. 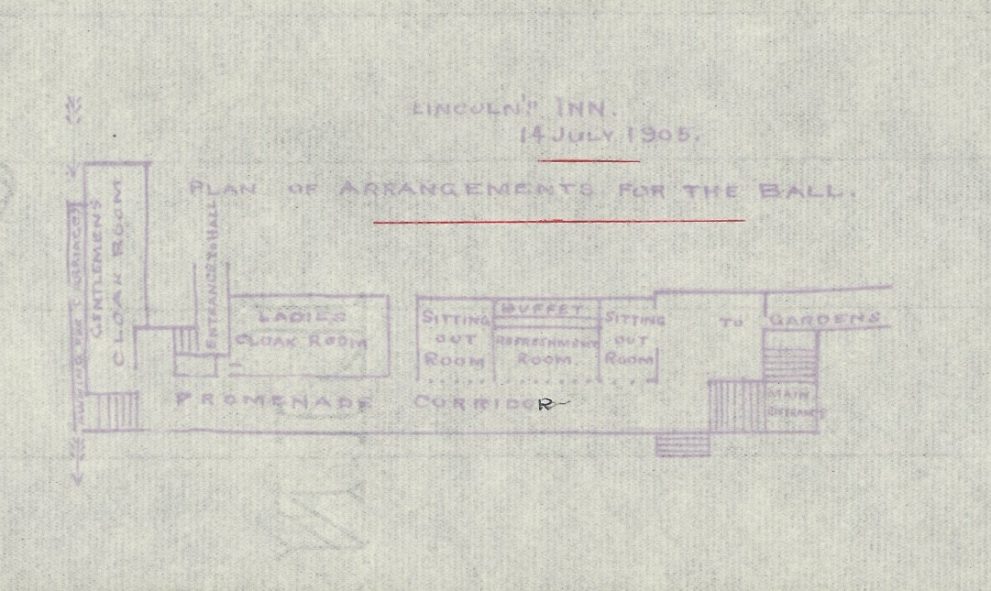 The range of food and drink available was also quite extensive as the menus below show. 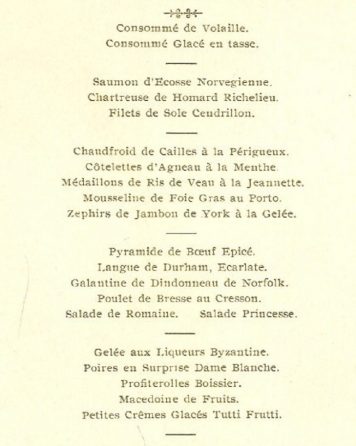 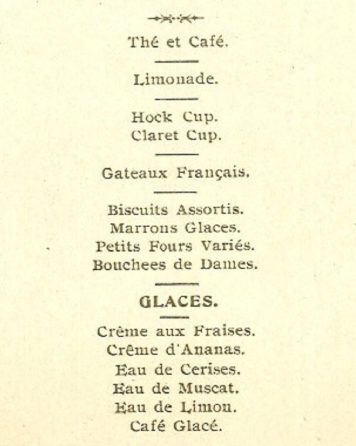 The whole event was managed and catered by Searcy, Tansley and Co Ltd who still operate under the name Searcys and provide catering for Vintner’s Hall, Inner Temple, Kenwood  House, Blenheim Palace and the Roman Baths in Bath to name just a few.

Searcys was also responsible for providing entertainment and for this they chose Wilhelm Iff and his band. Iff was a very popular pre-WWI ragtime performer who appears to have been active from at least 1899 to at least 1909. This letter on Searcys headed notepaper is written and signed by Iff and shows that he would provide an orchestra of thirty performers who would play ‘up to date dance music’ 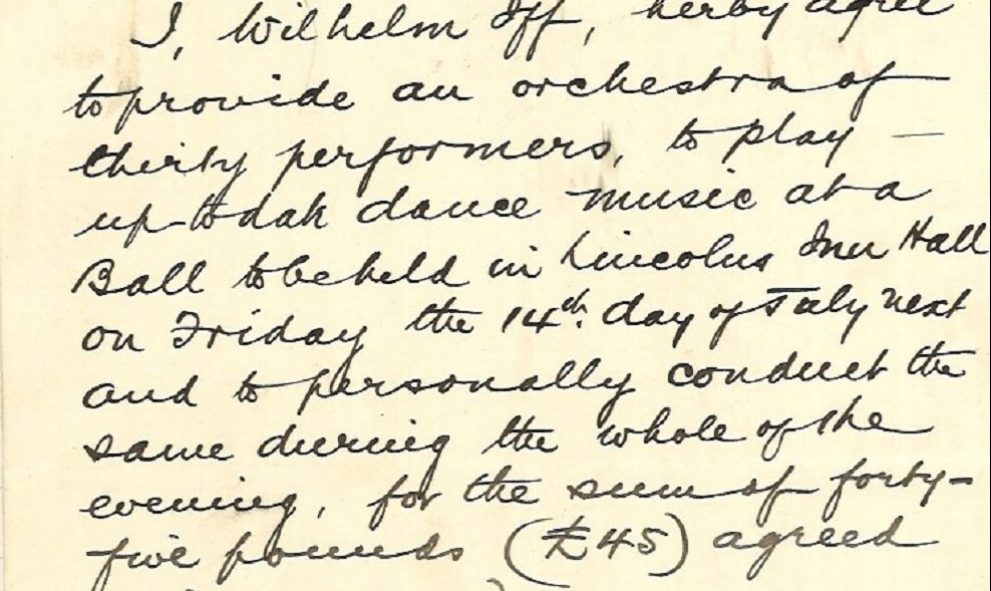 Clicking here will take you to an audio clip of one of Iff’s band’s songs and gives you an idea of the type of music that might have been played at the ball in 1905 in addition to those songs listed in the dance programme below. 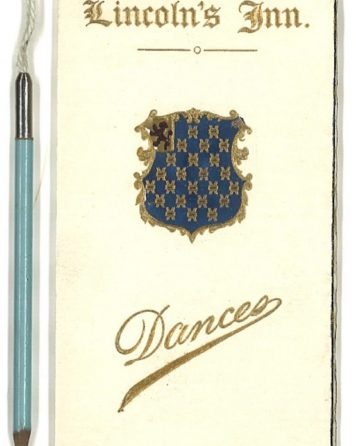 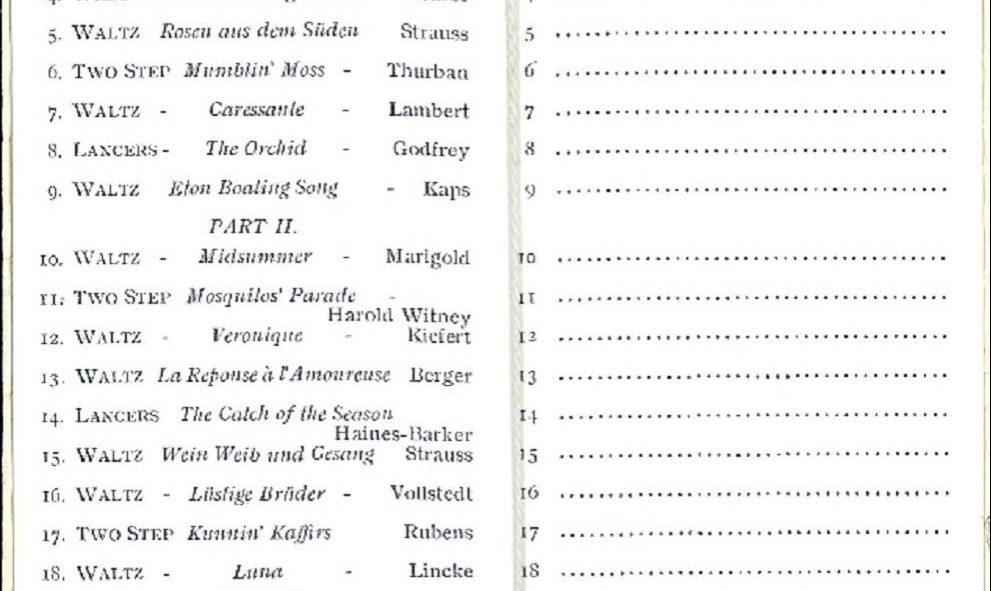 As with many events at the Inn, a committee was established to oversee it, the minutes of which provide us with a detailed insight into its organisation. From the minutes, we know that the ball stewards wore blue and yellow rosettes to distinguish themselves as stewards, that a special dancing floor was laid down at a cost of £10 and that the total cost of the ball was £1103 0s 10d. A breakdown of the costs shows that, amongst other costs, £45 was given to Iff and his band, £131 6s was spent on wine, £1 10s on four blocks of ice and £3 4s 6d on extra policing for the event. A huge amount of money also appears to have been spent on installing temporary electric lighting and fans.

Finally this rather wonderful account of the ball is given in the Black Books and I think gives a sense of what a great success the ball was considered to have been. 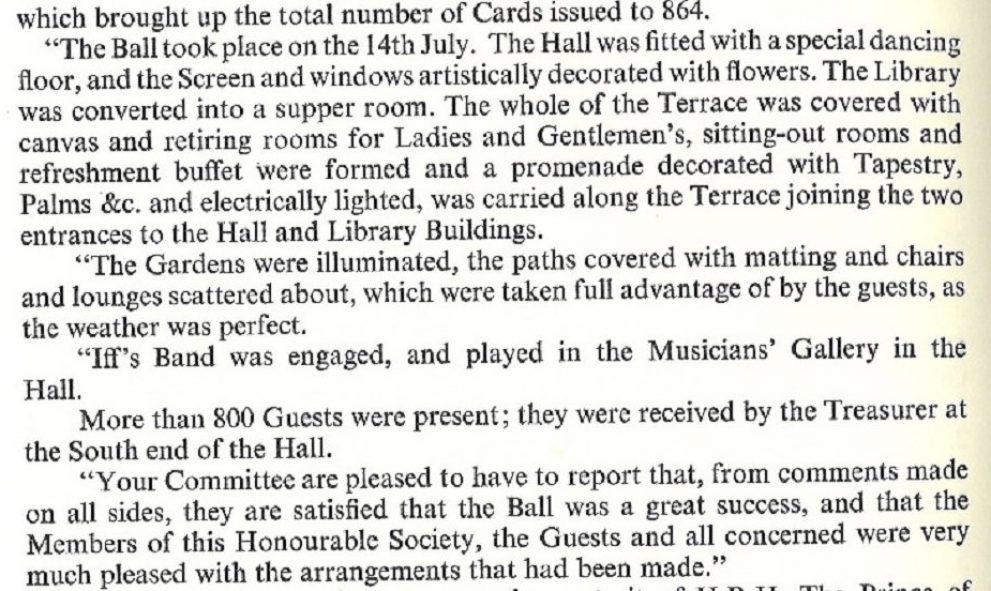