The popular charitable event, Movember, which is underway this month, prompted some curiosity about the portraits and prints we have depicting late sixteenth century members sporting rather luxuriant facial hair.

However, after delving into the Black Books, it became apparent that it was not until after much wrangling with the Inn authorities, that these members were permitted to have beards at all. Prior to November 1559 when ‘all orders heretofore made in this House touchinge beardes shalbe voide and repealid’ members of the Inn were expected to maintain an appearance similar to existing members including Sir John Fortescue, Sir John More, and Richard Rich, 1st Baron Rich. 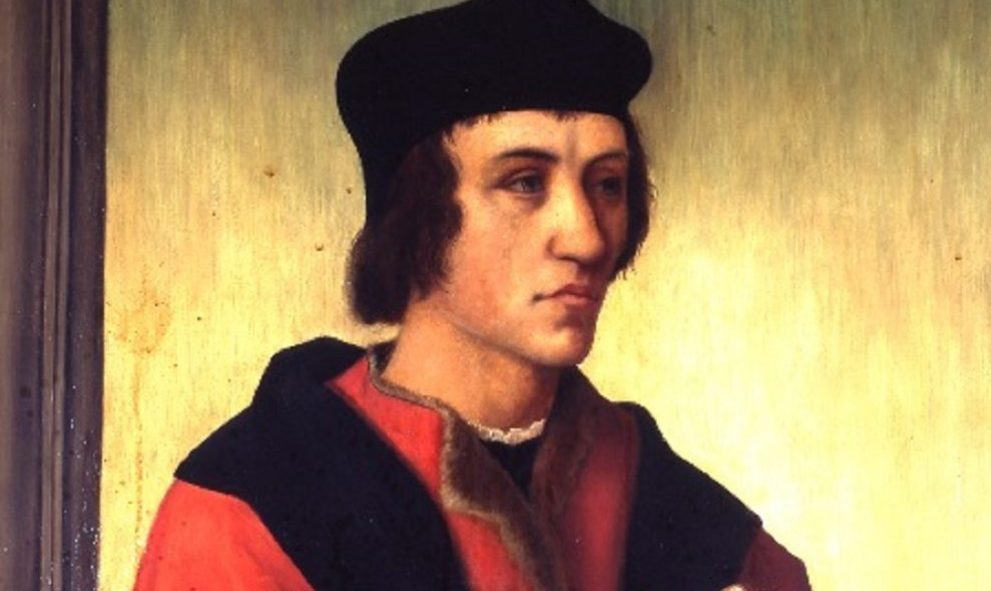 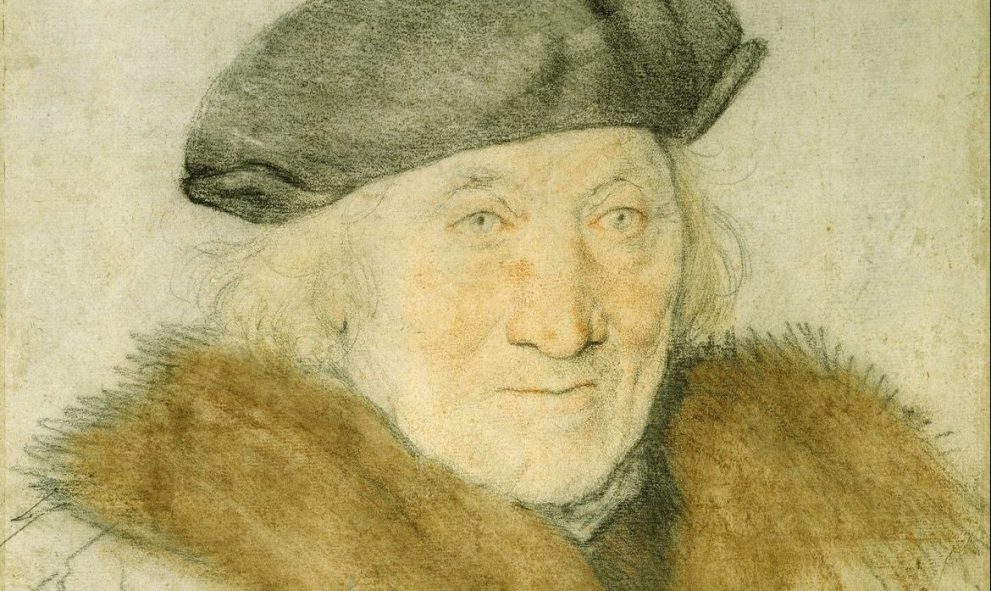 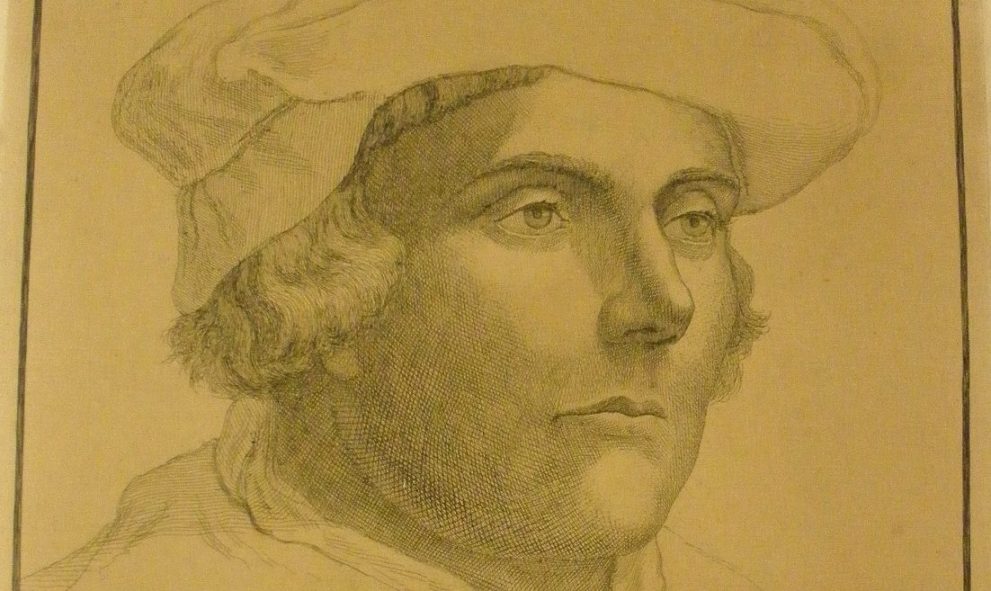 If members were to be unshaven, then they were permitted to have beards of no more than two to three weeks growth or else run the risk of being fined.

A specific mention on the regulation of beards in the Inn appears in February 1542 when Council declared ‘None of the Fellowes of the seid Howse….shall weare a berde in the seid howse, and whoo so doith shall pay doble comens’. ‘Comens’ mentioned here being ‘commons’ or the money paid by members to eat in Hall. Indeed, a  ‘Mr Germyn, oon of the Felawship’ was fined for having a beard in 1542 and was ordered to ‘shave of his berde, and afterward to kepe the same in like sorte’. Further reference to fines being made on members with beards was made in 1549. By May 1555, however, the members of the Inn were clearly frustrated by the rules as one Mr Myddleton was reprimanded ‘for his over muche speakyng at the Benche in defence of weryng of berdes’ whilst at the same meeting Mr Downes was fined because he ‘toke opon hym at the Bench to be prolocutour for all the gentylmen of the Howse under the Benche, when the order of the Justices was declared unto them to cutt of ther berdes’.

Control of beards in the Inn and indeed the other Inns was, however, part of wider regulations being enforced by the benchers of each society. In addition to regulations on beards, rules on attending chapel daily, a no-weapons-in-the-Inn policy and specific rules on what could be worn in and outside the Inn’s premises were also made and listed in great detail on 22 June 1557. Of course these rules were different for anyone with a knighthood or for anyone who was a bencher. Below is the first of three pages from the Black Books listing these new regulations. A transcription, which starts at the fifth line from the bottom of the page below, can be downloaded from the right-hand sidebar. 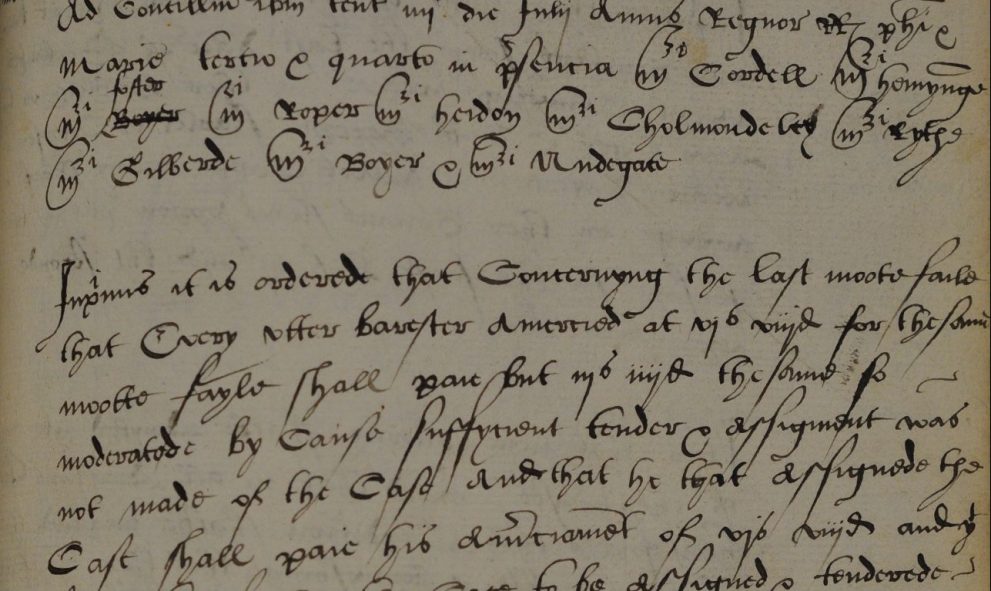 As beards became more fashionable over the course of the reign of Elizabeth I, it soon became impracticable to enforce rules banning them outright, and so as mentioned at the beginning of this article, November 1559 saw the repeal of rules relating to beards. This meant members were free to now exercise their hair follicles, as did Sir Robert Clarke, Thomas Egerton, and Sir James Ley. 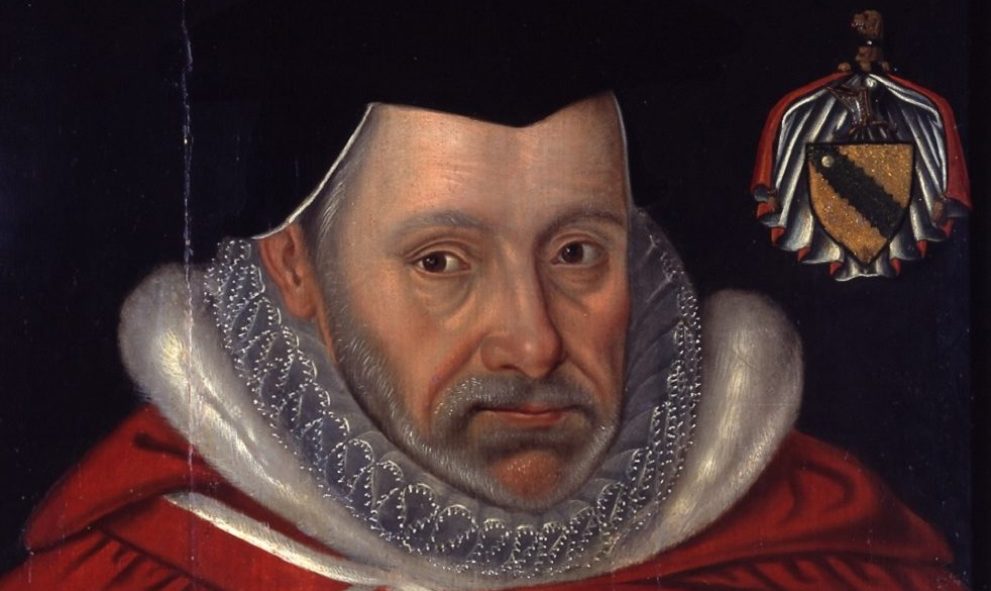 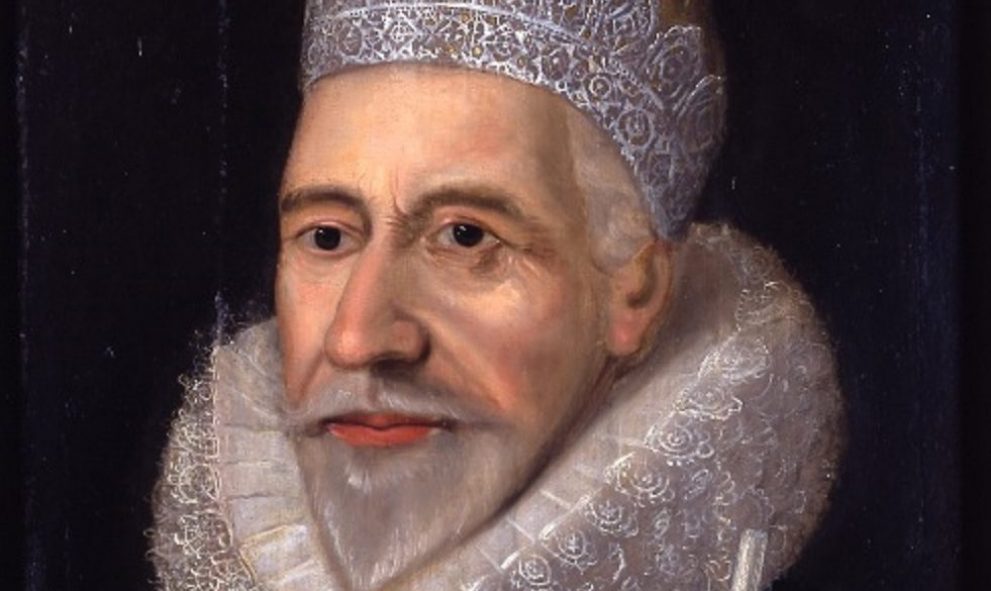 The images above do illustrate, however, how that despite relaxing the rules, the Inn still expected a certain standard of beard from its members. Indeed, this is also illustrated by entries in the Black Books whereby Michael Fleming was fined in 1561 ‘for having a long beard’ John Kempthorne was also fined in 1562 ‘for wearing too long a beard’. Of course, some members were always going to embrace their new freedoms more than others as shown not long after by Francis Wyndham, at the top of this article.