In the Treasurer’s accounts for 1817, there is a very intriguing entry listing the sum of ‘£6 6s’ under the heading ‘incidents’.

The obvious questions then arise – what was this incident and what were the payments made for? The initial intriguing entry is shown below. 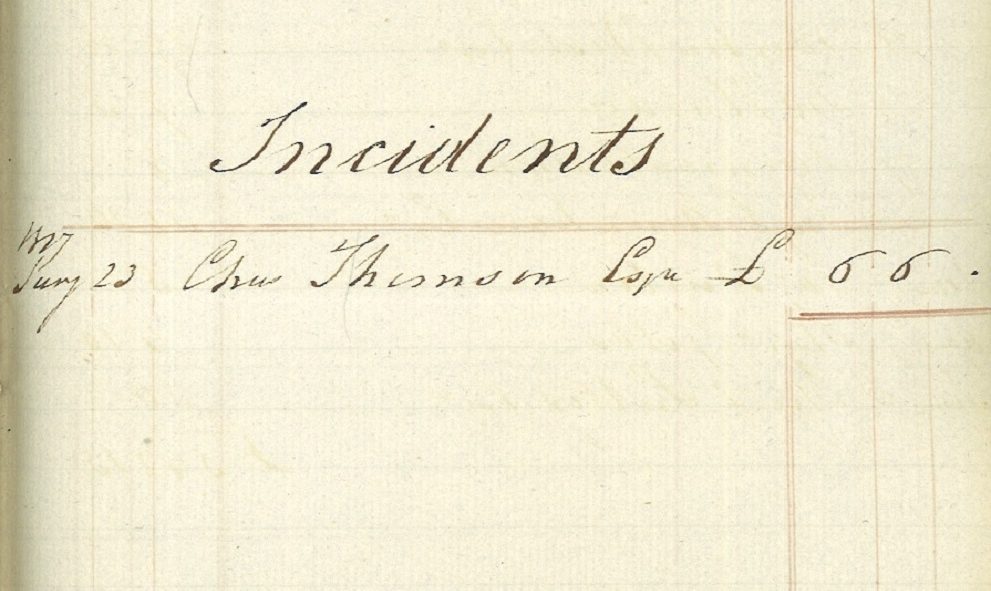 Further information in the Black Books shows that on 7 December 1816 the Inn decided in addition to the porters to permanently employ supernumerary watchmen who had previously only been employed on an ad hoc basis.  It was specified that the duties of the supernumerary watchmen, in contrast to the porters, were exclusively to protect the Inn’s premises.  The decision followed a payment –  of £6 6s, the sum appearing in the roll –  for extra duty the previous week, on Monday, 2 December.  The significance of that date turns out to be that  it was the day of the Spa Fields Riots.  These were the ‘incidents’ and the supernumeraries must have proved their worth. The riots are named after Spa Fields in Islington (the remnants of which is now called Spa Fields Park) where thousands of people gathered, supporting the ideas of equality proposed by Thomas Spence and to protest against the government. A contemporary lengthy and extremely detailed description of the riots and associated events can be found in the Gentleman’s Magazine which can be seen below. 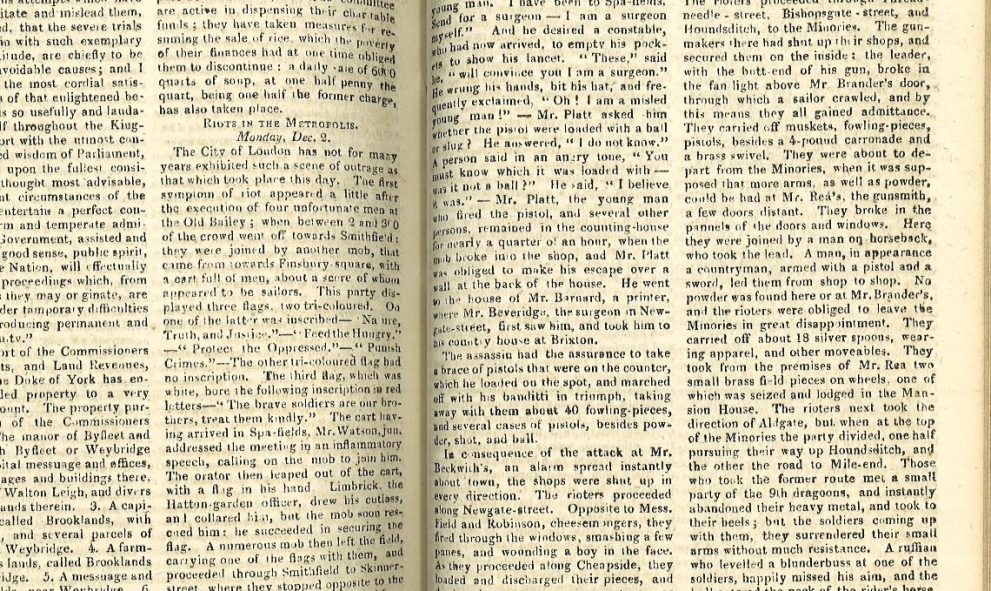 In it are included references to political speeches, military style marches towards the City of London (many of those in attendance were recently decommissioned soldiers who had fought in the Napoleonic wars), robberies, ransacking of gunsmith shops, shooting of innocent bystanders and attacks on the grander townhouses of politicians and landowners. The original idea for the assembly was to take control of the Bank of England and the Tower of London but as neither of these aims were achieved, the mob very quickly turned their hand to rioting. The riot passed immediately by Lincoln’s Inn and it was the manning of the then entrances to the Inn that the payment to the porters and supernumarary watchmen were made. It is possibly not surprising then, that after such a dangerous riot taking place so close to the Inn, that the Council decided to permanently employ men to patrol the Inn’s gates almost immediately afterwards. It should also be remembered that in 1816 the number of entrances to the Inn differed to the number that exist now, the main difference being the main entrance onto Lincoln’s Inn Fields which was not created until 1845. The riots were considered so significant that they led, in part,to the passing of the Treason Act 1817 and the Seditious Meetings Act 1817.

The meeting at Spa Fields and the riots were led by Arthur Thistlewood, James Watson the elder and his son, also James Watson, Thomas Preston and John Hooper. The riots were crushed after 24 hours and all the leaders arrested.  Interestingly, at their ensuing trial for high treason their defence counsel were Charles Wetherelland and John Copley,who both had strong connections with the Inn.  Later knighted and created Attorney General, Wetherell though originally a member of Inner Temple, was an ad enundem member of the Inn and had chambers in Stone Buildings. A perhaps curious coincidence, which assiduous readers of this feature may recall from the June Archive of the Month, is that it was his chambers that the Duke of Wellington took refuge in during the course of another riotous assembly (also a splendid account of him at his chambers where he resided as well as worked is given in the chapter ‘Life in the Inn’ in a Portrait of Lincoln’s Inn). Copley was an even more distinguished member of the Inn, of course becoming Lord Chancellor as Lord Lyndhurst in 1827.  Their vigorous defence secured the acquittal of all the defendants (though Arthur Thistlewood was later hanged for his involvement in the Cato Street conspiracy). The full transcript occupies nearly 700 pages of the State Trials. But Wetherell and Copley pressed a large number of legal points of procedure and evidence that warranted being reported; those interested in the technicalities of treason trials can read the first page of the case in Starkie’s Reports below. 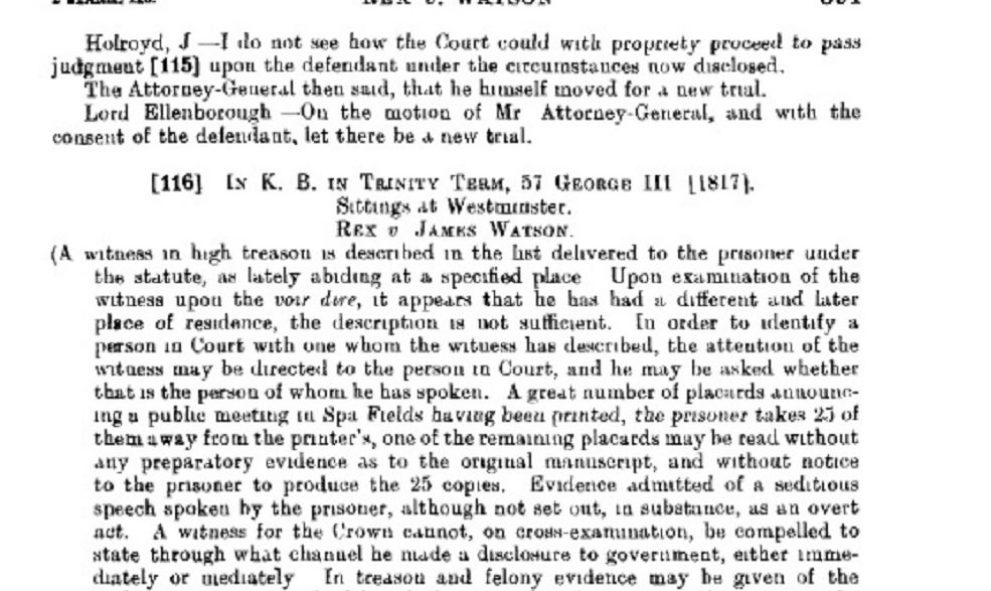