Either side of the Brewster Memorial Gates, at the North end of New Square Garden, are two stone water pumps.

They are listed by Historic England and dated as ‘circa 1863’, but we cannot be certain exactly when they date from.  A possible suggestion is that they were designed by Philip Hardwick as part of the redesign of the garden, following the building of the Great Hall and Library in 1845.

Throughout its early history the Inn had water pumps situated around the site for use by residents and members. They also had lead cisterns for catching and storing water. You can still see historic examples of these, being used as planters in the garden area east of New Square. 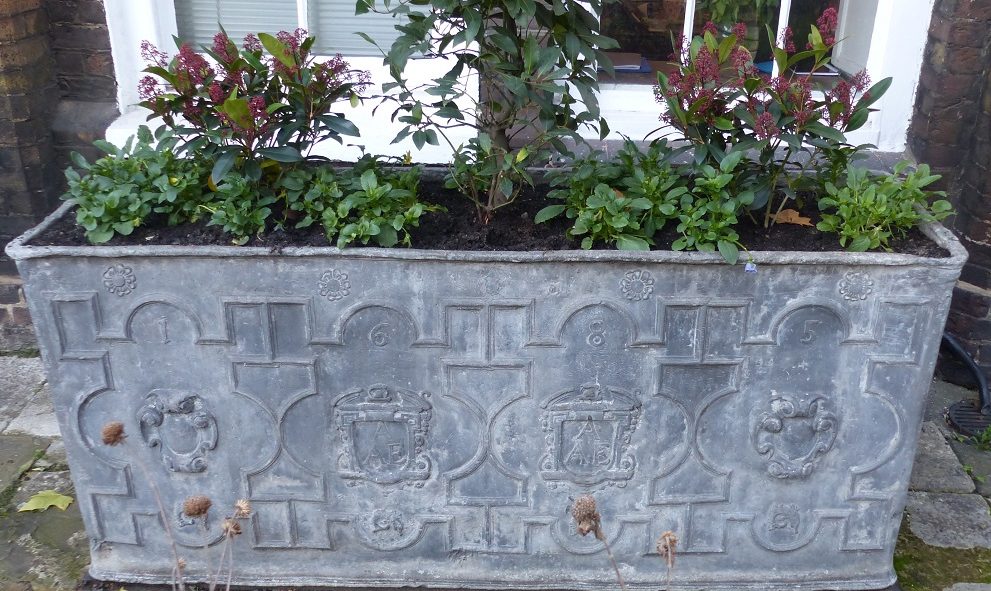 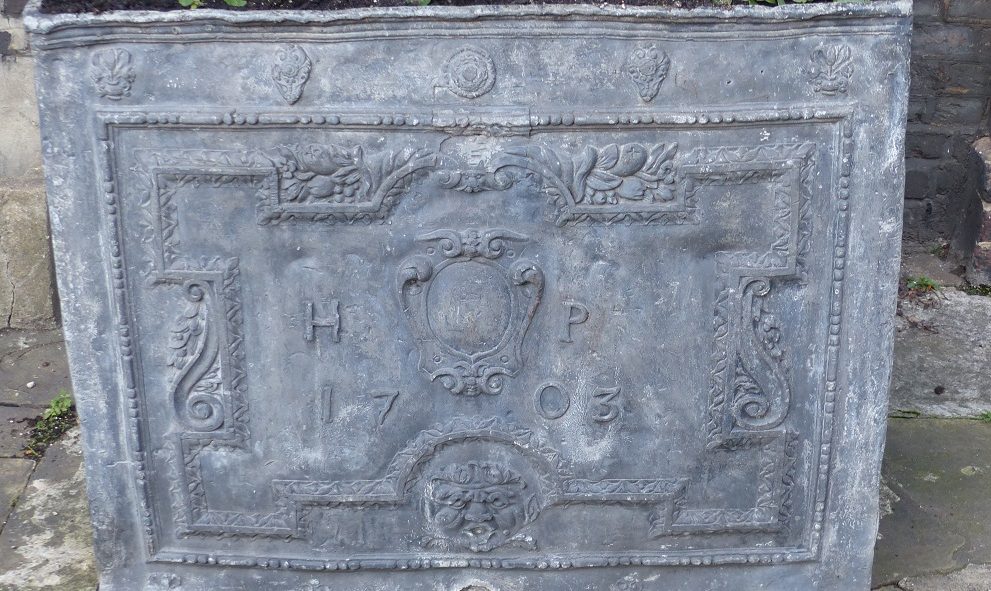 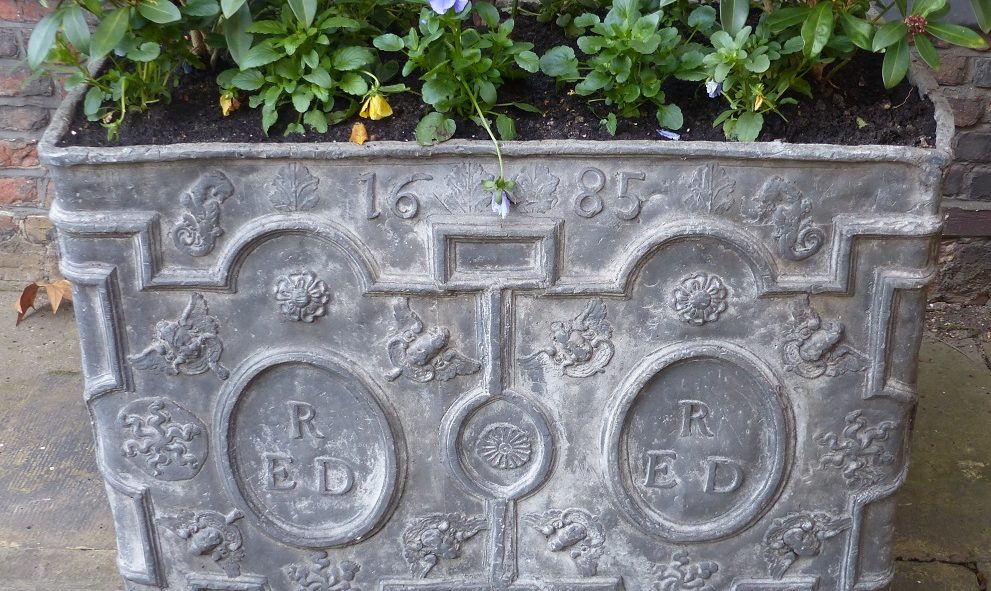 There are references to these water pumps and the Inn’s water supply throughout the early Black Books, but these two particular water pumps are not definitively referenced in the records until 1866.

At a Council meeting held on 2 November 1866, a report of the Chamber Committee is read which observes that these two pumps are heavily used not just by members, but also by those not connected with the Society, who ‘have been allowed, for many years, to take, drink, and carry away, as much water as they pleased.’

The report from the Chamber Committee was produced as a result of the Inn receiving a letter from George Buchanan, Medical Officer of Health for St Giles District in August 1866. In it he expressed concerns about the pump that was connected to the well, as all similar wells within the jurisdiction had been ordered to be closed. This shallow well water was believed to be ‘universally found impure’ with the impurities believed to have similar properties to those of cholera. The letter stressed that the water might not be safe for drinking, and considering the popularity of the water pump with the local population, it could cause injury on a large scale. It was felt that the pump connected to the well shouldn’t be used by the public for drinking purposes.

The Public Health Act 1848 had required local boards of health to appoint an ‘officer of health.’ Their duties were not prescribed at first, but their work was influenced by advice from the local government board, which for London at this time was the Board of Works. We can gain a sense of the context in which the Medical Officer’s letter was written from the Medical Officer Reports that were produced during this period. The Wellcome Library has a number of these reports available online. The Report of the Medical Officer of Health for St Giles District, 1866, records that cholera ‘appeared in London in its epidemic form at the beginning of July.’ Precautionary action was taken, which included assigning Medical Staff to each sub division of the District. The staff visited each house within their assigned area, to search for, treat and report on all cases.

Since the infamous Broad Street cholera outbreak in 1854, which had led to John Snow’s hypothesis that contaminated water, not air, was the source of cholera, measures had been taken to protect Districts within London, and increase public awareness of the issues. This broadsheet on cholera and water, held at the Wellcome Library, was produced for the Limehouse District in 1866.

In anticipation of another outbreak, the report records the preventive measures that had been undertaken to try and protect the District. The Board had made provisions for maintaining the sewers and for flushing them with disinfectants, they had arranged for more frequent street cleaning and they had closed surface wells which were believed to be dangerous. It was this precautionary measure which led them to contact the Inn in August 1866. In response to the letter and the Chamber Committee’s report, the Inn had the water tested by Dr Alfred Swaine Taylor, a well-known medical jurist and toxicologist. He reported that his analysis showed the water to contain ‘a comparatively large quantity of alkaline nitrates.’ The presence of which meant he believed the water was ‘exposed to sources of contamination in the soil.’ As a result of this report ‘the handle of the well pump was immediately removed.’

During the nineteenth century, there were four major outbreaks of cholera between 1832 and 1866 in London, causing the death of tens of thousands of people. The 1866 medical report for St Giles’s, records that the last case reported was in November. 83 people were recorded as suffering with cholera that year, 53 died and 30 recovered. Only about half of the deaths were actually as a direct result of cholera, which marked a much smaller mortality than previous epidemics in St Giles’s.

Where the Inn’s confidence, to start using the pump again, came from is not clear, but retrospectively we do know that the outbreak of cholera in 1866 would fortuitously prove to have been the last to affect London.