If you walk past the entrance to 10 Stone Buildings, you may notice a bronze plaque fixed to the wall.

It records the exploding of a bomb outside Stone Buildings, during a First World War air raid, on 18 December 1917. The spot where the bomb landed is marked by a roundel in the ground opposite. 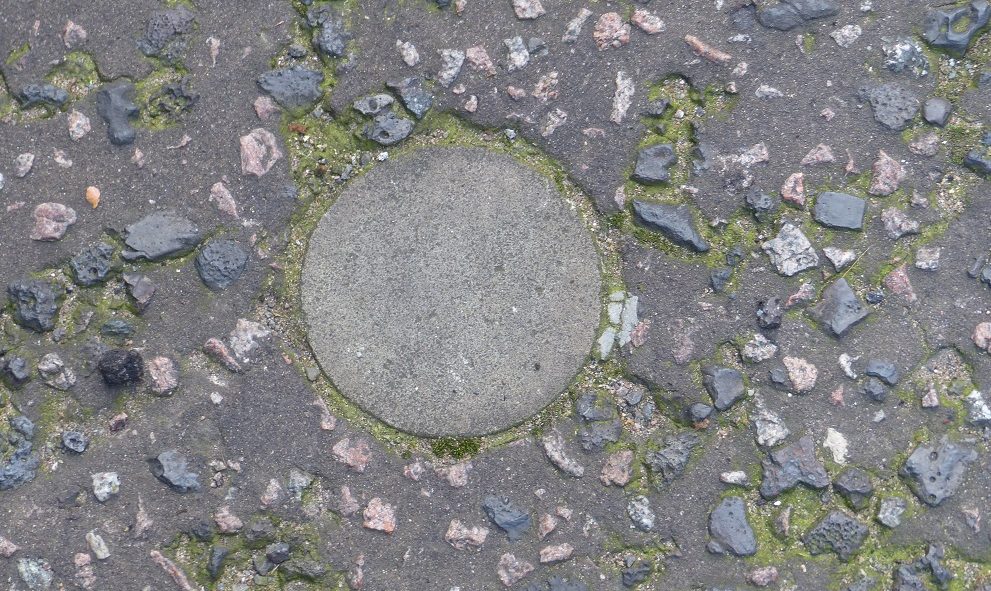 This month marks the 100th anniversary of this incident. In the Inn’s Black Books, there is a record of the Steward’s account of this air raid, which took place the same evening as a Council meeting was being held in the Great Hall. 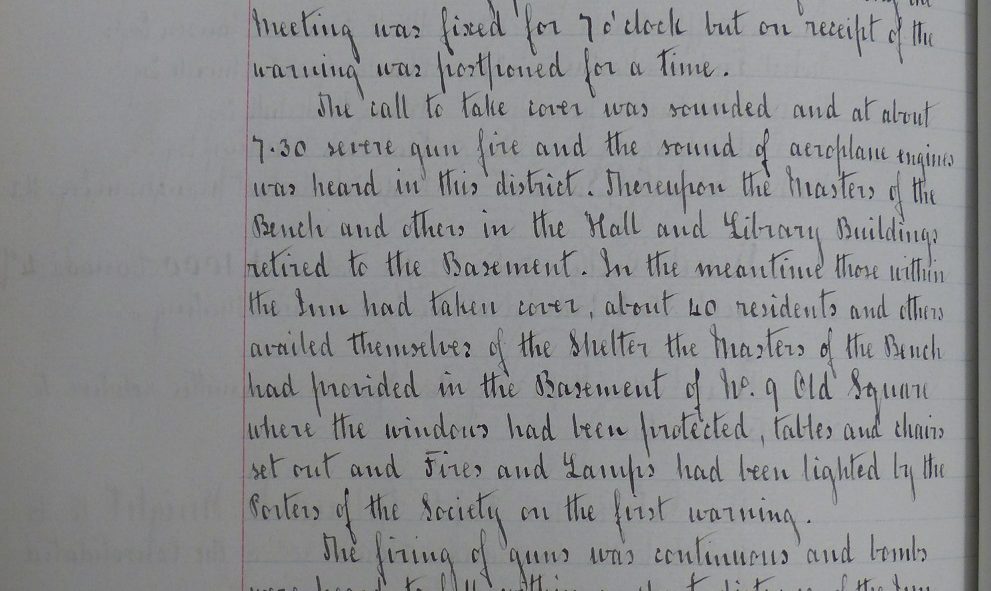 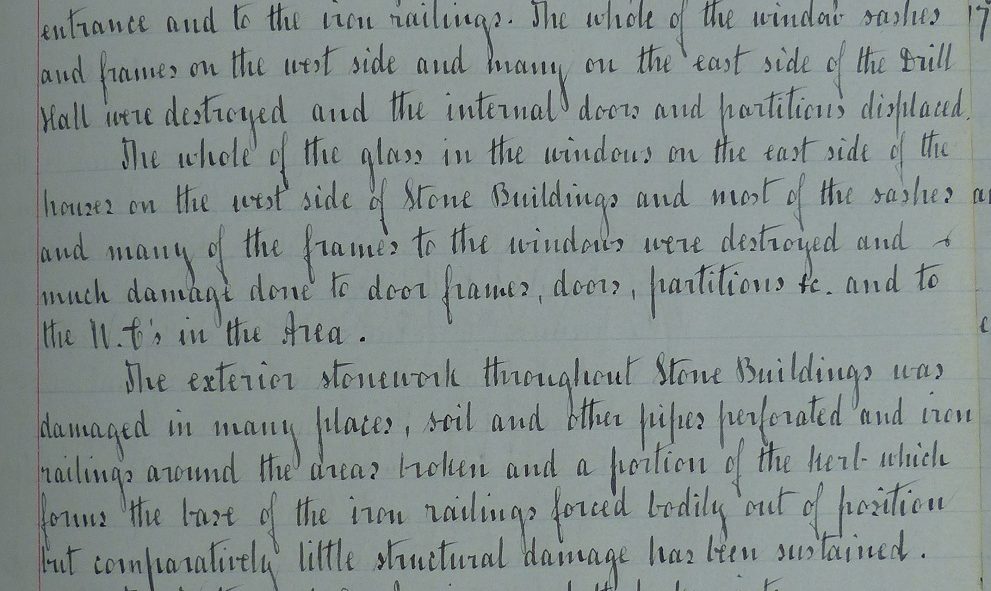 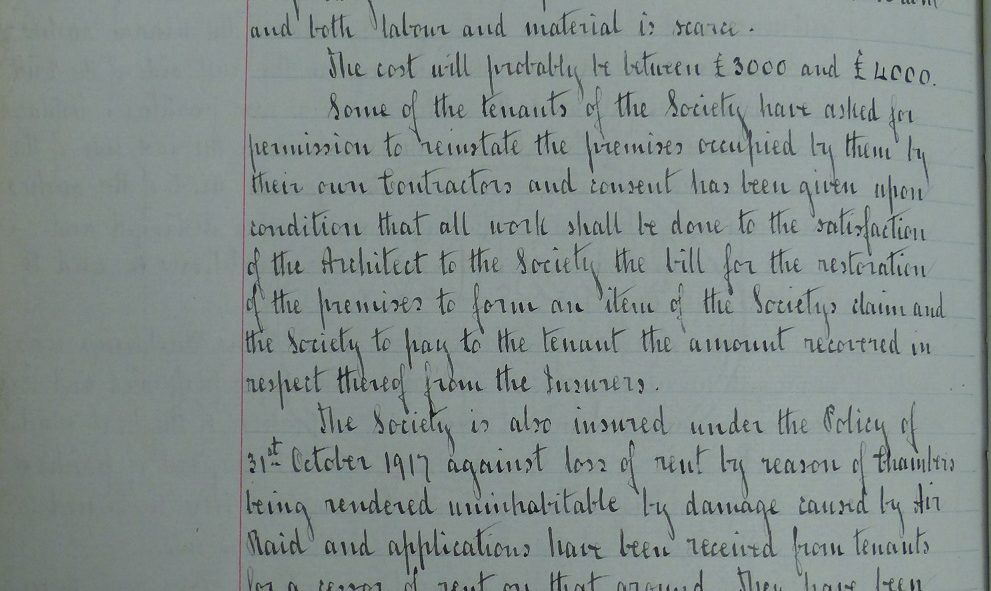 The Steward’s report was read at the Council meeting following the air raid, which was held on 11 January 1918. He recalls how when the warning of the impending air raid was received at about 6.45pm, ‘the Bench were holding a Council Meeting, 26 Benchers being present.’ The Benchers took cover in the basement, while about 40 residents sheltered in the basement of 9 Old Square, ‘where the windows had been protected.’

At about 7.30pm, severe gunfire sounded, along with aeroplane engine noise. Eventually there was a lull and it appeared that the raid had ended. However at about 8.10pm, ‘a bomb was heard to fall near the Hall and Library Buildings which were shaken by the concussion. Shortly after, it was reported that a bomb had fallen in Stone Buildings.’ Gradually the firing ceased and the Benchers proceeded to dine in Hall. The all clear was sounded around 8.45pm. The report records that ‘fortunately no personal injury was sustained.’

The bomb had fallen about 8 feet from the entrance of the Drill Hall in Stone Buildings. The Inn had long been home to the Inns of Court Regiment, which had taken up its present premises in 10 Stone Buildings in 1882. By 1913 it had become the Inns of Court Officers Training Corps. The Steward reports that it had ‘caused considerable damage to the stone steps and doorway and entrance and to the iron railings. The whole of the window sashes and frames on the west side and many on the east side of the Drill Hall were destroyed and the internal doors and partitions displaced.’ Much of the exterior stonework of Stone Buildings was damaged throughout, and the pockmark scars created by the shrapnel are still evident across the stonework today. 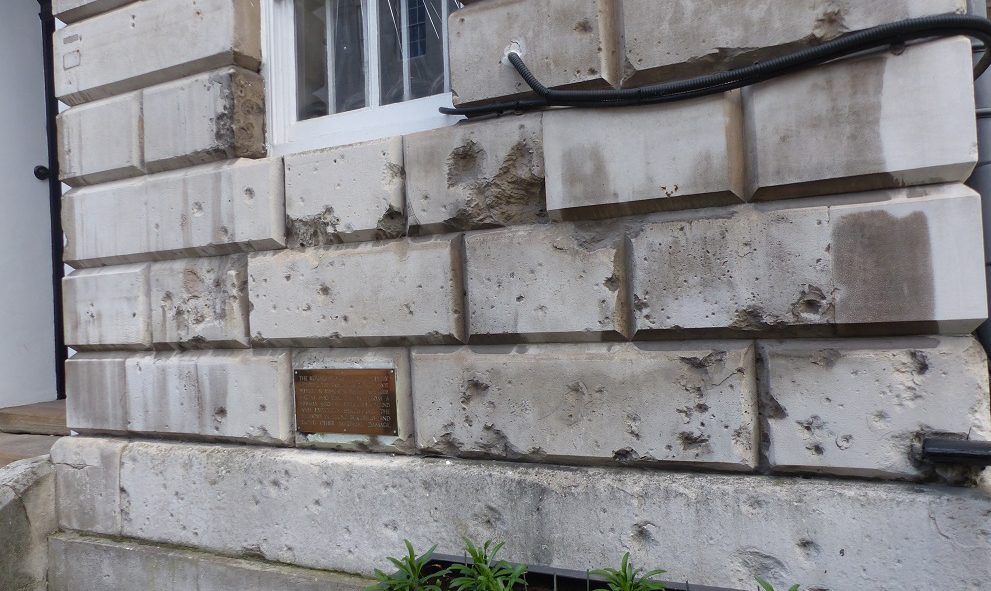 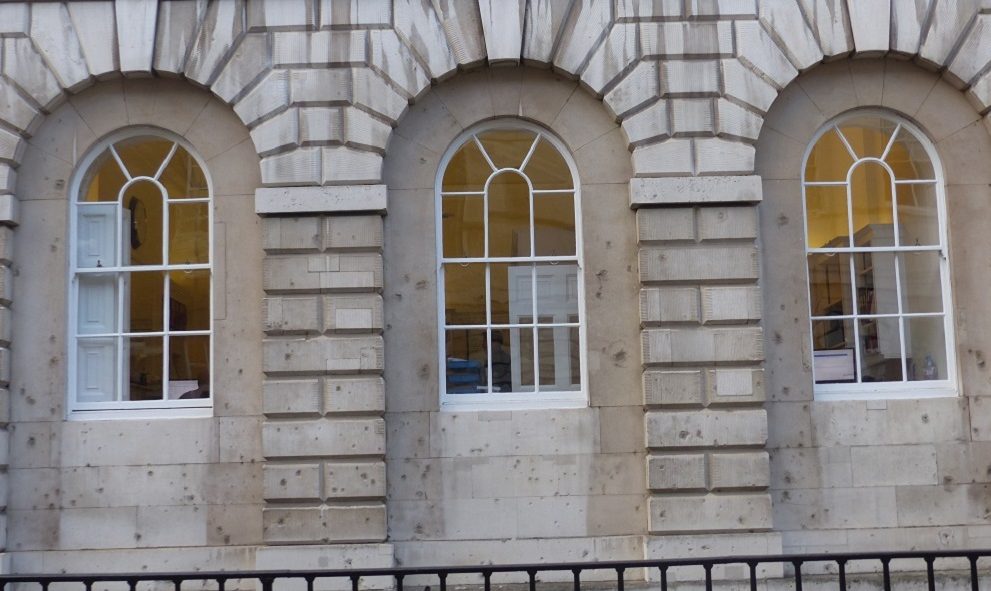 The Steward’s report is not the only first-hand account we have of this air raid. One of the Benchers, Sir Arthur Underhill, wrote of the experience in his memoirs ‘Change and Decay: The Recollections and reflections of an octogenarian Bencher’, which was published in 1938.

Sir Arthur recalled how the Steward had informed them that the raid was approaching, and asked ‘would we postpone dinner until it was over.’ The request received the Treasurer’s approval and ‘someone then suggested that the wine cellar was probably bomb-proof and that there was a barrel of oysters in the larder.’ After adjourning to the wine cellar Sir Arthur recalls how they ‘ate oysters to the accompaniment of champagne. The scene was a curious one, Lord Muir Mackenzie sitting at a small table ladened with oysters which were being sent in opened from the kitchen, while Lord Muir Mackenzie himself acted as butler and filled our glasses with champagne. I afterwards made a sketch of the incident.’

The Library has a copy of this sketch in its collections. It shows the benchers taking cover in the wine cellar and enjoying refreshments. Sir Arthur includes himself in the depiction, on the far left, where ‘A. U’ is noted underneath the figure. 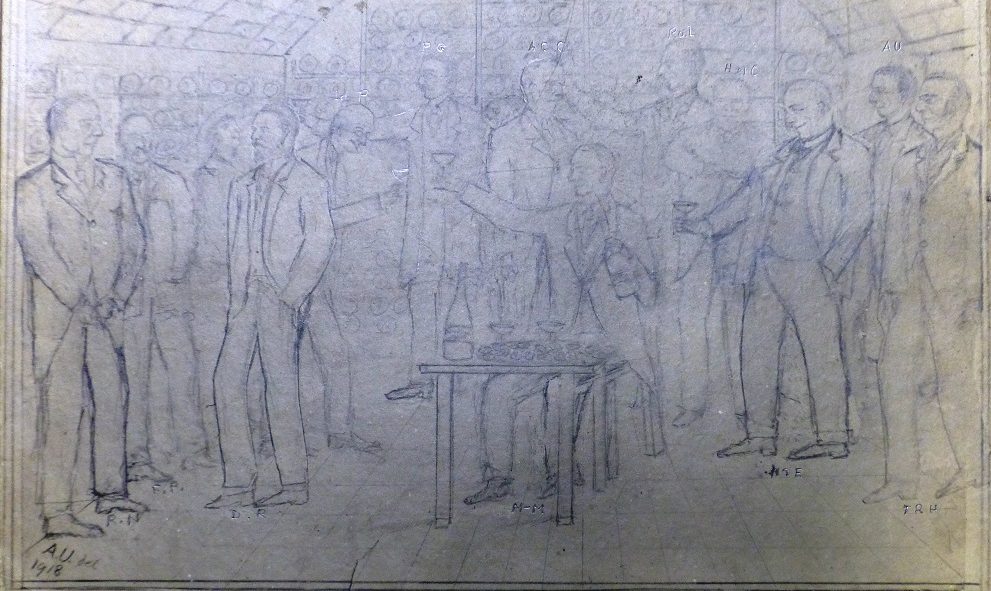 This air raid had been part of a large attack of Gotha bombers that night. Reports estimate that six Gothas had made it through to London. The aircraft that dropped the bombs on Lincoln’s Inn, also dropped bombs around Temple, Chancery Lane, Gray’s Inn and ended over Kentish Town, dropping three explosive bombs there. 43 explosive bombs and 39 incendiary bombs were recorded as falling on London that night, with 13 people recorded as being killed and 79 injured.