200 years ago this month, Ben Price, the Principal of Furnival’s Inn wrote to Lincoln’s Inn on behalf of ‘himself and the other Antients and Members.’ The letter was a petition from the Society to Lincoln’s Inn, requesting a renewal of their lease. Their letter is dated 12 September 1817 and it was heard at a Council meeting on 6 November 1817.

Lincoln’s Inn did not renew the lease, despite this petition. At the next Council meeting on 26 November, it is recorded in the minutes that ‘negotiation… respecting a lease of Furnival’s Inn is entirely at an end.’

The Inn’s decision not to renew the lease was, in many ways inevitable. Over the years membership had decreased dramatically and in 1817 there were only 6 ancients and sixteen juniors. By the end of the year the Society no longer occupied the building, and in 1818 the Society was finally dissolved.

The petition’s allusion to the Society’s long history acts as a reminder of how Inns of Chancery were once commonplace and flourishing. In a previous Archive of the Month, the history of Thavie’s Inn, the other Inn of Chancery associated with Lincoln’s Inn, was explored. Thavie’s Inn was the first of the Inns of Chancery to be adjourned in 1769, whilst Clifford’s Inn, which was attached to Inner Temple, was the last, being sold in 1903.

It is believed that Furnival’s Inn was founded in 1388. The first account we have of Furnival’s Inn is in John Stow’s A Survey of London, in which he describes Furnival’s Inn as formerly belonging to Sir William Furnival and his wife Thomasin, in the reign of Richard II. It was bought by Lincoln’s Inn for £120 in December 1547 by conveyance from the Earl of Shrewsbury, Baron Furnival. This conveyance still survives in the Archive.

The building described by Stow was taken down around 1640 and a new building was erected in its place, although the original hall with its timber roof survived. A sense of what this new building looked like can be gained from this engraving from circa 1720.

After the Society’s lease was not renewed in 1817 the building was completely rebuilt, as a series of chambers and a hotel, in 1818-1820 by the developer, Henry Peto. It is believed that Charles Dickens wrote The Pickwick Papers whilst living there in 1834-1837, and in his novel Martin Chuzzlewit, the character of John Westlock is described as living there.

The freehold was retained by Lincoln’s Inn until 1888 when it was sold to the Prudential Assurance Company for £150,000. The building the Company constructed there was designed in Gothic Revival style in phases between 1885 and 1901, by architect Alfred Waterhouse and his son Paul Waterhouse. It was modified in 1930–1932 by E. M. Joseph.

This building can still be seen today, although it is no longer used by the Prudential Assurance Company. On the right of the main entrance to the building can be seen a blue plaque inscribed ‘Site of Furnival’s Inn Demolished 1897.’ 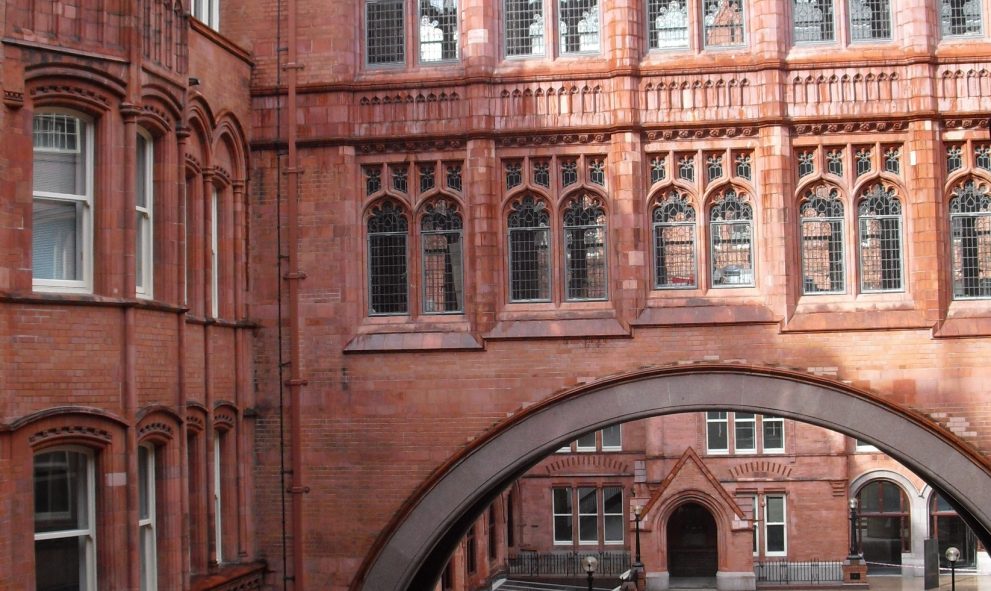 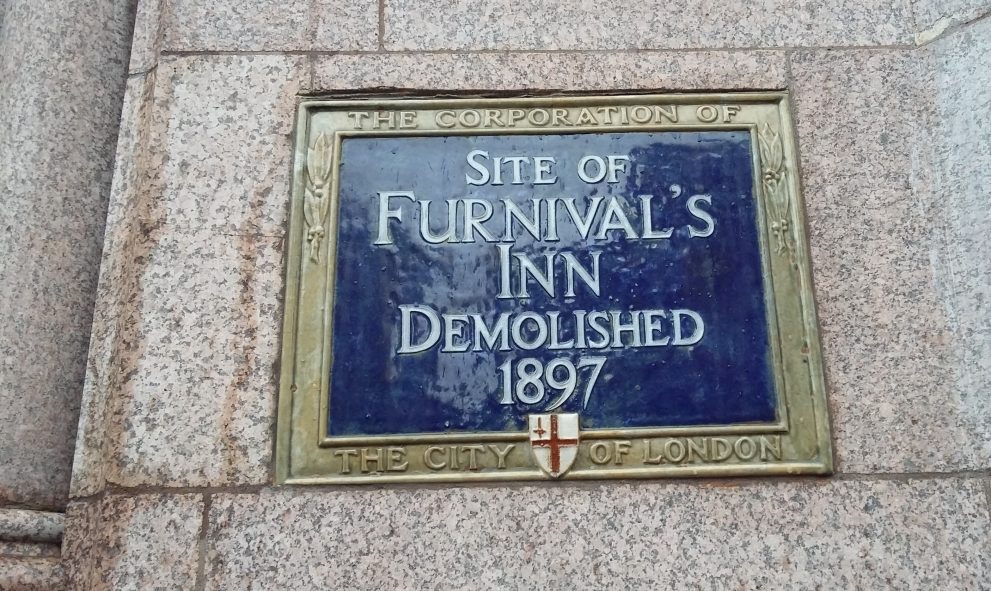