He is perhaps most famous for creating the ‘Wonderground Map of London Town‘ in 1914. There were also copies of photographs taken of the top floor flat in 16 Old Buildings, which he and his older brother, the artist and sculptor Eric Gill, leased in the early twentieth century.

The flat had been originally leased by Edward Johnston in 1901, who has been credited with reviving calligraphy as an art form, and the development of modern calligraphy. Johnston had been appointed to teach calligraphy in 1899 at the Central School of Arts and Craft in London. By appointing him, the school’s founder William Lethaby effectively set the precedent for calligraphy becoming an essential part of teaching in art schools.

Edward Johnston leased the flat at the Inn from 1901-1903. In 1902 he decided to let the other half of the flat to Eric Gill, who he described in a letter as a ‘deserving young architect.’ At this time Eric Gill was twenty years old and working in an architect’s office, whilst also attending Edward Johnston’s calligraphy class.

Eric Gill recalls Johnston’s generous offer in his autobiography, writing ‘Edward Johnston told me that he had rooms in Lincoln’s Inn and that under certain circumstances (such as my being able to pay a share and my willingness to keep quiet and not spread myself over the whole place) he would be willing for me to share the rooms with him.’ He goes on to describe life at the Inn, recollecting how they were, ‘bound by the rules and regulations of the house. The gates were shut at a certain hour every evening; boundary walls secluded us from the frivolities of the streets. There was a tacit agreement understood and accepted by all tenants of the Inn to conform to a certain unwritten but recognizable rule of dignity and decorum.’

Whilst based at Lincoln’s Inn, Edward Johnston and Eric Gill also spent time with the artist Graily Hewitt. Hewitt was a member of the Inn and worked as an equity draughtsman and conveyancer in chambers at Old Square. He had been one of Johnston’s first students, attending his evening course in 1899, and subsequently gaining recognition for his work as a gifted scribe and illuminator. In fact, in 1919 the Inn would commission from him their First World War Roll of Honour, which is usually displayed in a case outside the Library entrance.

The Inn’s archives do not reveal much regarding their tenancy of the property. Edward Johnston, Eric Gill and Max Gill are all recorded as tenants of the third floor (south) of 16 Old Buildings in the Inn’s rent rolls, but no leases survive in the archive for this property during this period. The property is, however, noted in the rent roll to have three rooms and two fireplaces. 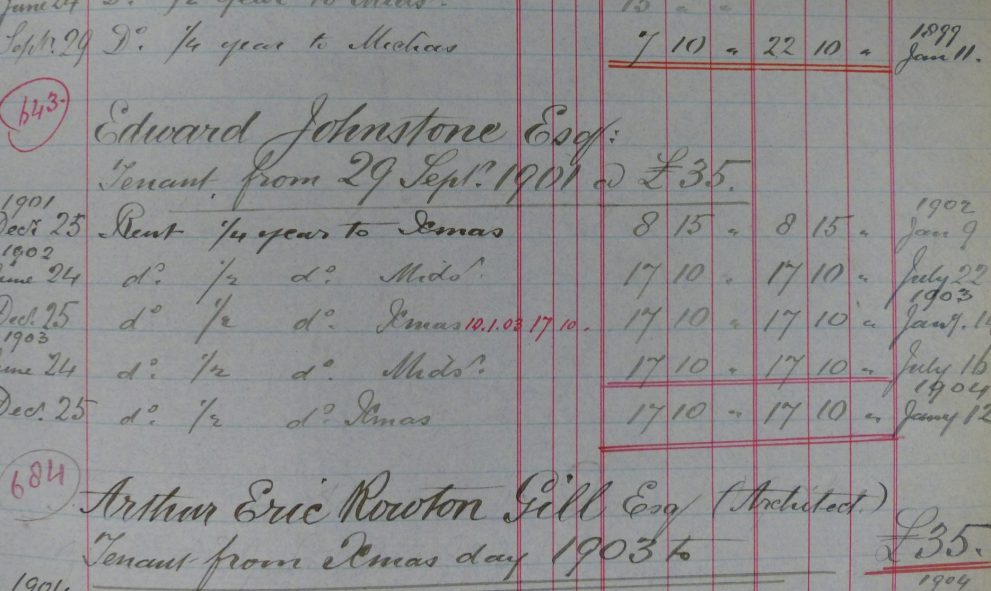 The photographs offer a unique insight into the time these artists spent at the Inn, as well as providing a rare glimpse of the interior of the flat during this period. 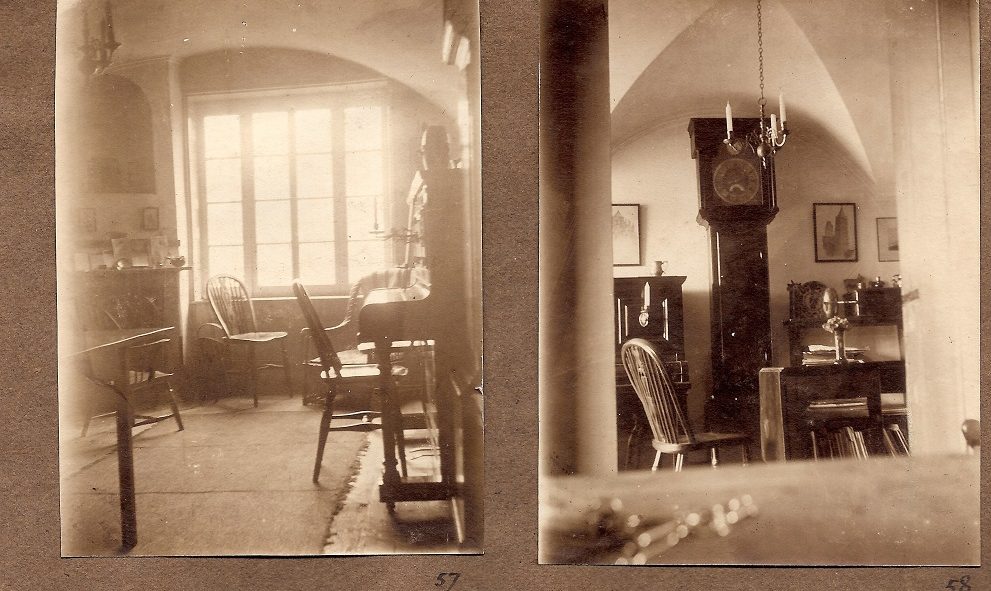 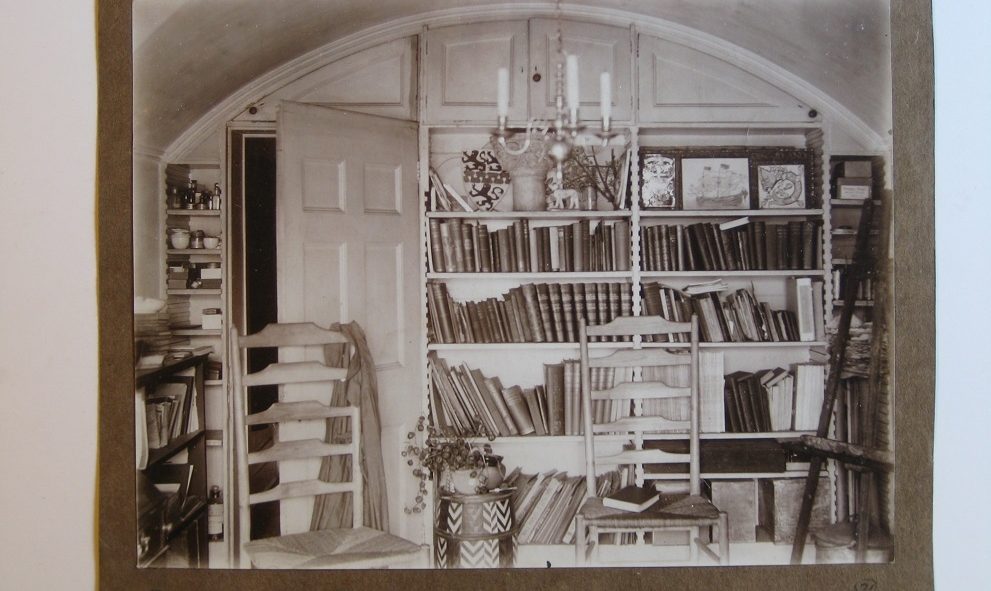 After Edward Johnston’s marriage in 1903, Eric Gill continued to live in the chambers, sharing them with his brother. A year later Eric Gill also married, leaving Max Gill to solely lease the flat until around 1912. The collection of photographs includes images of drawings of Lincoln’s Inn made by Max Gill during his time at the Inn.

A detailed article on these artists and 16 Old Buildings by Professor Anthony Lavers appeared in the Inn’s Annual Review 2016, pages 114 – 117.