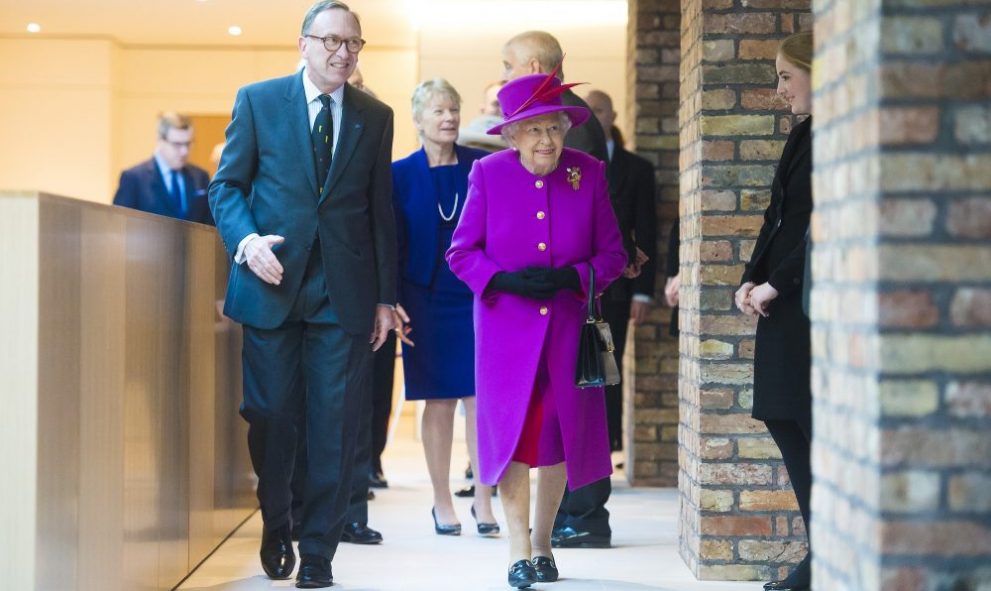 We were absolutely delighted to have Her Majesty The Queen along with His Royal Highness the Duke of York visit the Inn on 13 December 2018 to open our brand new Ashworth Centre and re-open the Great Hall, originally opened by Queen Victoria in 1845. In the Ashworth Centre they met the design and construction team as well as students, scholars and staff from the Education Department. In the Great Hall, Her Majesty and The Duke of York met tutors, contributors to education, Past Treasurers, senior benchers, members of the Bar Representation Committee and key members of the Inn’s staff. Her Majesty and The Duke of York also signed the Golden Book, a visitor’s book previously signed by Queen Victoria and Prince Albert.