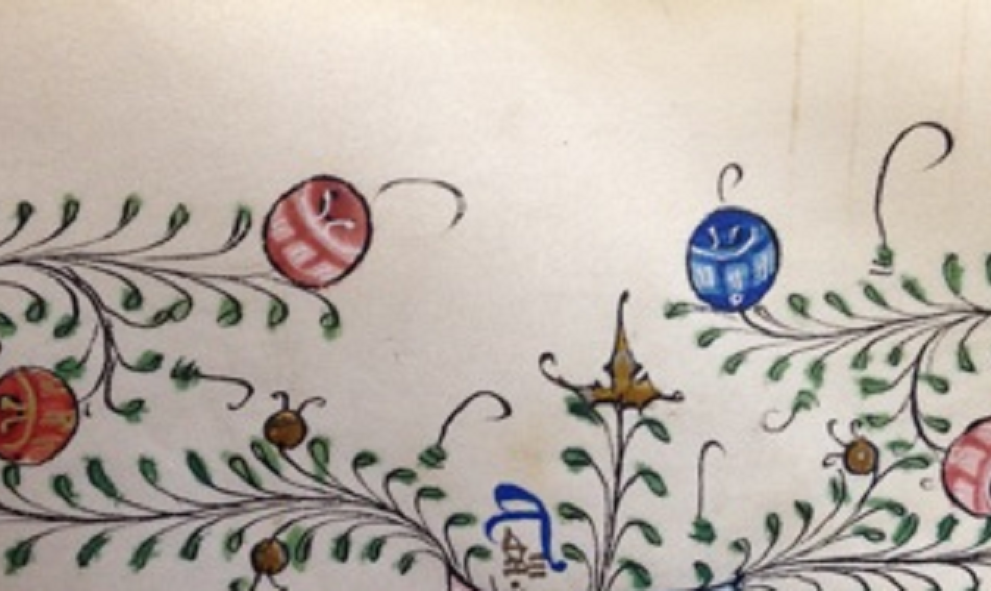 For centuries, Christmas time at the Inn has been a relatively quiet affair as lack of evidence in the Inn Archive proves. However, from the 15th to the late 17th centuries, celebrating Christmas in Lincoln’s Inn was carried out with a certain amount of flair as it was in the other Inns of Court.

One of the most obvious aspects to Christmas celebrations or ‘revels’, as they were known, is the importance given to entertainment. This came mainly in the form of minstrels and musicians who were hired to play music in the Hall. This was a Hall that was demolished in the late 15th century after it was replaced by the Old Hall which was completed in 1492.

The image below (1455, F.94)  shows an entry from the Black Books listing payments allowed for the hiring of minstrels.

These minstrels were no doubt asked to play musical instruments and sing as this entry (1498, F.50) from the black books referring to a singer paid ‘p[er] le carell’ for the Christmas carol.

In the seventeenth century payments were specifically made for the construction of stages for the minstrels to perform on. As no mention of this is made prior to 1630, this could possibly be evidence of a change in the way the minstrels performed. Payments were also made for other forms of entertainment including actors and ‘to the waytes’. Waits were bands of musicians maintained by a city or town at the public charge to perform duties ranging from waking towns’ people on dark winter mornings and welcoming royal visitors.

Of all the Christmas themed entries in the Black Books though, my personal favourite is that made to Robert Jugleger (juggler). Robert is listed variously as an entertainer, minstrel and harper at the Inn’s Christmas revels between 1546 and 1564. It is his surname, however, that I would certainly like to think suggests his family had been in the business of entertainment for quite a while! Obviously food and drink was a big part of Christmas celebrations too and there are references throughout the Black Books referring to this, particularly so to drink. Two hogsheads of wine are recorded as having been ‘wasted and expended’ by special order of John Nudegate, Marshal of Christmas in 1497 and later Treasurer in 1500. As John was ordered to pay for the excessive amount of wine drunk one can only assume he fell foul of the Inn’s authorities, although I hope it can also be assumed that he had a particularly good time! There is a specific reference in 1523 (1523, f. 135) to drinking Malmsey wine, a particular type of sweet Madeira wine, as can be seen in the extract below.

A further interesting reference to drinking at Christmas time in the Inn is made in reference to the hire of 6 dozen drinking vessels in 1513. The drinking vessels in question were most likely of pewter with some of the vessels used to serve drink at the revels being of green glaze ware, a type of vessel common at the beginning of the sixteenth century. Various examples of green glaze ware can be seen in the display cases outside the Library.