On 29 February 1672 Charles II, his brother James Duke of York (later James II), Prince Rupert of the Rhine and various other nobles and courtiers visited the Inn at the invitation of Sir Francis Goodricke, Lent Reader and Solicitor General to the Duke of York.

After a grand entrance followed by much eating and (particularly) drinking the King asked for the admissions book to be brought to him so he and the other members of his party could sign it, so essentially making themselves members of the Inn. No monarch had ever been a member of the Inn so this was seen as a great honour by those members of the Inn in attendance at the gathering. These signed pages of the admissions register were subsequently removed and were bound separately into what is now known as the ‘Golden Book’, along with the description of the event. Please flick through the gallery below of some pages of the Golden Book relating to the King’s visit. Note the ‘C R’ on the King’s coat of arms on the cover shown above representing the Latin ‘Carolus Rex’ or ‘King Charles’. 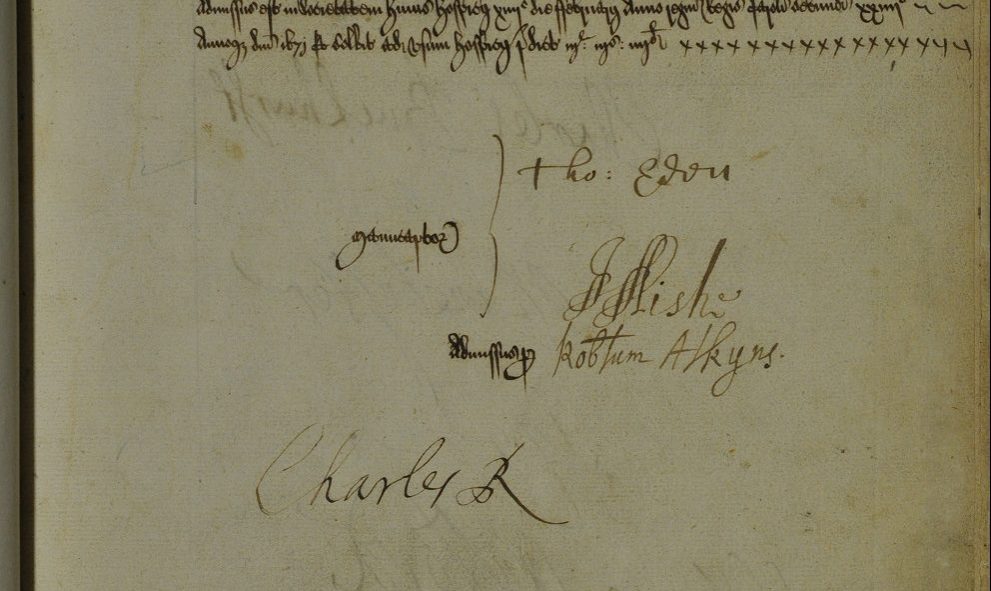 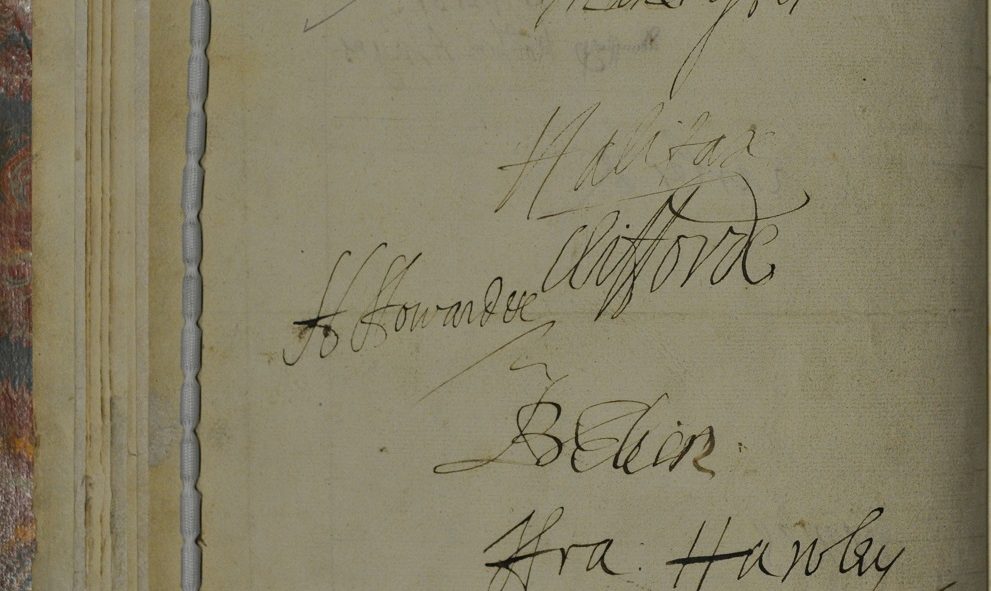 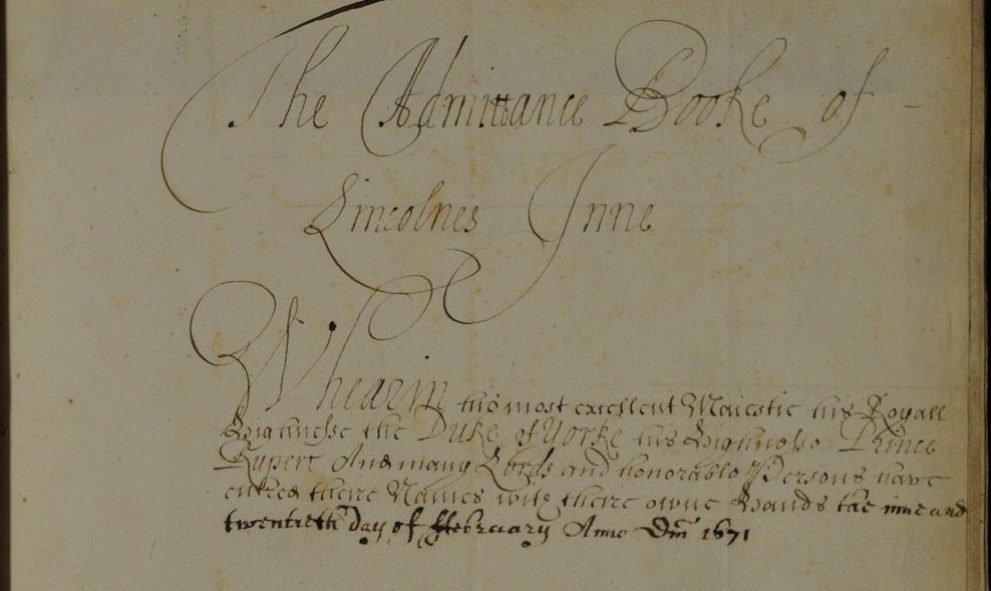 As you can see, the King did not choose a new page on which to sign his name, but rather a page that already had an existing admission on it, that for Lionel Topham which had taken place two weeks earlier on 14 February 1672. You can see from the pages that were signed that the folio numbers assigned to the pages when they were part of the original admissions register it was part of the original admissions register can still be seen (181 and 182). Although Topham was included in the contemporary index to that volume of the admissions register he was, unfortunately, omitted from the printed versions that emerged in 1899 and it was only relatively recently that this omission was noted.

As you can see from the pages signed by Charles II, James Duke of York and Prince Rupert of the Rhine, many other courtiers were in attendance. They were:

Henry Howard, 6th Duke of Norfolk (he signed the book twice by accident)

Also included in the Golden Book is the three-page detailed description of the visit itself. A transcription is available to download on the right side bar at the top of this article.

The Black Books from the same period note that ‘it was drawne up accordingly, and is written in the same booke wherein the King and severall of the nobilitye are admitted, being a guilt [sic] booke in which are the names of severall benefactors’ (Council, 29 February 1672).

It is also worth noting that the gilt metal decoration around the edge of the book is later and dates to 1845. These embellishments were made in readiness for the signing of the Golden Book by Queen Victoria and Prince Albert on the occasion of the opening of the Great Hall and Library. Indeed after Charles II’s visit, the book was only signed on two occasions before 1845, once on 4 March 1682 by the Morrocan Ambassador and once on 1st November 1707 by various Scottish nobles in commemoration of the Act of Union. Its signing in 1845 by Queen Victoria and Prince Albert prompted, as has often been the case at the Inn, the reinvention of a ‘tradition’. It has been signed ever since by Royal visitors and other important visitors.