This month marks the anniversary of the death of Sir Thomas Lovell, who died on 25 May 1524. He had been one of a group of key councillors who had aided Henry VII.

Amongst other positions, he acted as Treasurer of the Chamber and was made Chancellor of the Exchequer for life in 1485. He had proved invaluable in helping to secure Henry’s position on the throne, having joined the revolt against Richard III in 1485 and later raising men to fight for Henry VII. A document from 1508 lists 1,365 men, sworn to fight in Lovell’s retinue on behalf of the king. More than half of these men were enlisted from estates which Lovell was steward of, including boroughs such as Derby, Lichfield, and Nottingham. He was clearly valued by Henry VII as a trusted councillor and, along with Sir Reynold Bray, he was given the sensitive task of arranging for the construction of Richard III’s tomb.

Sir Thomas Lovell was also recognised for his contributions as a member of Lincoln’s Inn. After his admission in 1465, he played an active part in life at the Inn. He acted as Treasurer from 1472 to 1475, and rose to be Reader in autumn 1475 and for Lent 1482. During this time he also developed a practice among East Anglian clients and gained a seat on the Norfolk commission of the peace. He not only gave his time to the Inn, but also contributed financially to projects, including the building of the Inn’s original Gate House.

Until the present main entrance from Lincoln’s Inn Fields was constructed, as part of the Great Hall project in 1843-45, the principal entry point to the Inn was from Chancery Lane on the east, through the Gate House. Above the gateway Lovell’s arms are shown on the right. They reflect the fact that he proved to be a generous benefactor to the project, contributing nearly a third of the total cost of £345.

The Black Book for the period records his frequent contributions, including an entry in the accounts of William Suliard, the supervisor and paymaster for the building of the new Gate. The accounts includes an entry for £20 ‘the gift of Thomas Lovell.’ [pictured below] 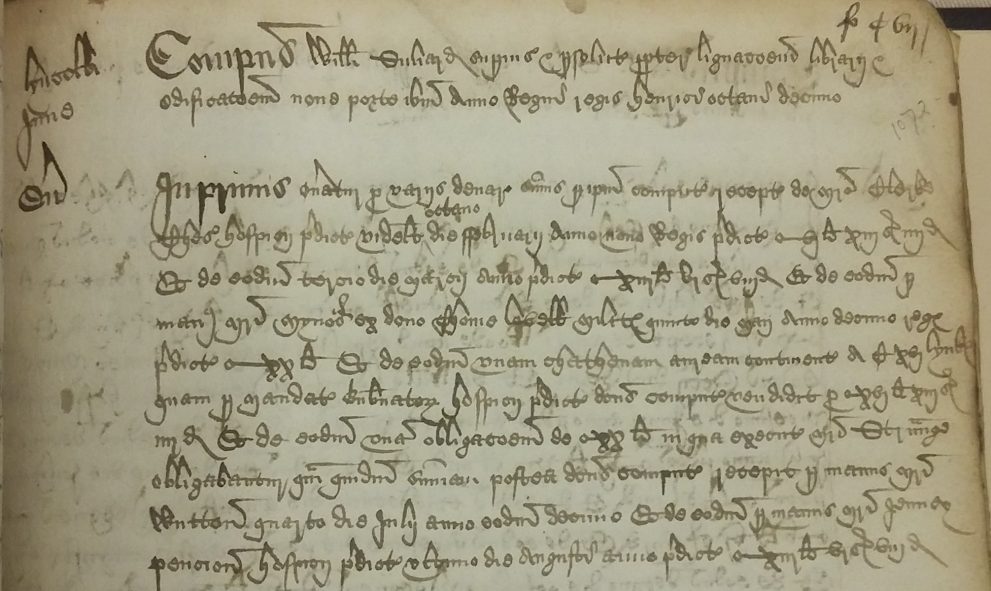 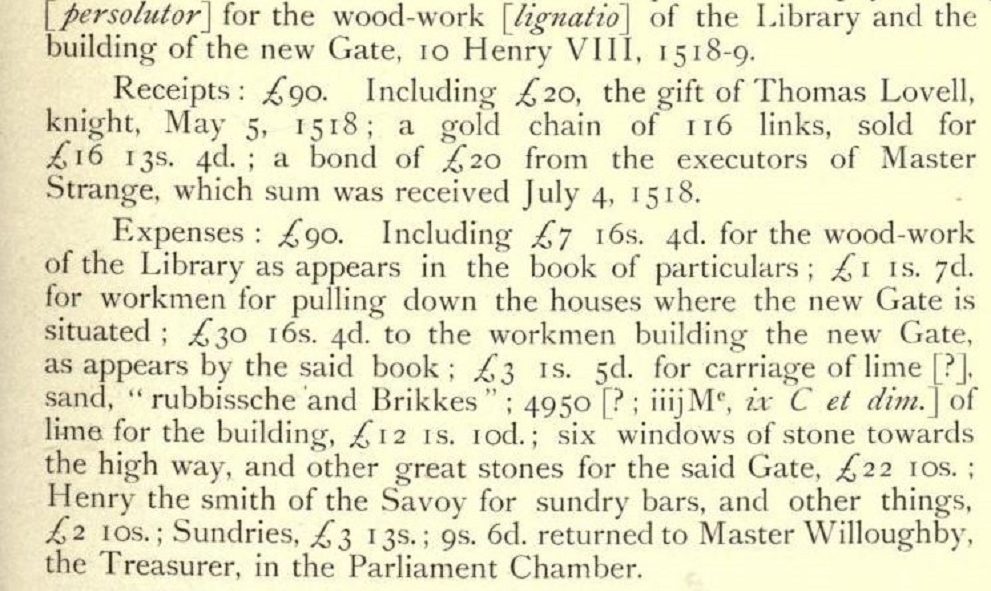 The Gate House was built during the years 1517 to 1521, with bricks dug and made within the Inn. Since then the Gate House has undergone much repair work, including during 1967-69 when the Gate House was largely rebuilt and restored. The present great oak doors, however, date from 1564 and above the gateway there are still the arms (from left to right) of Henry de Lacy, Earl of Lincoln; Henry VIII; and Sir Thomas Lovell. 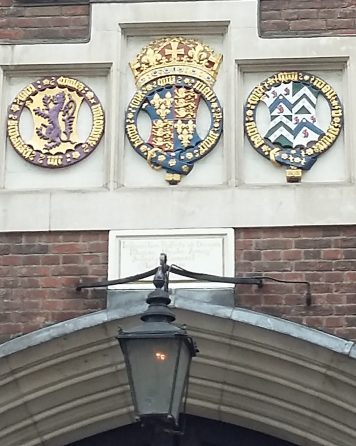 With the accession of Henry VIII in 1509, Sir Thomas Lovell remained a leading member of the king’s council and continued to sit regularly in Star Chamber. In 1512, he became Lieutenant of the Tower of London and took custody of state prisoners. When he died, his funeral was attended by three lord mayors of London and he was buried in his own chapel at Holywell Priory in Shoreditch which had been inscribed: ‘All the nunnes in Holywel Pray for the soul of Sir Thomas Lovel.’ Only a plaque recording the location of the Priory remains today, but at the time of the Dissolution it had been the ninth richest nunnery in England.

Lovell’s wealth had allowed him to contribute to a wide variety of building projects, some of which still survive, including: Enfield parish church; the windows of Great Malvern Priory; the repair of Dover harbour and, of course, the Tudor Gate House at Lincoln’s Inn.