With membership increasing apace during the 1800s, the Old Hall had become too small for the Inn’s needs. Similarly the Library, which had been moved to No. 2 Stone buildings in 1787, was running out of room to expand and to accommodate users. Development works were urgently required to improve the facilities the Inn could offer its members.

The building of a new hall had first been suggested in 1835, with the site originally proposed being at the south end of Stone Buildings. After other proposed plans were rejected, the architect Philip Hardwick was given the task of designing the new building. He recommended that the new hall  (which would become known as the Great Hall) and library should be situated on the west side of the garden and proposed that ‘the collegiate style of architecture, of the period towards the end of the sixteenth century should be used.’ Work began on his accepted design in 1843, with the foundation stone of the Great Hall being laid by Treasurer, Sir J L Knight-Bruce, on 20 April 1843.

On the completion of the Great Hall and Library in 1845 it was agreed by Council that an invitation be extended to Her Majesty Queen Victoria to be the guest of honour at the opening ceremony. On her acceptance an advert went into the daily newspapers to invite Barristers of the Inn who wished to attend the opening to submit their names before the required date.

The opening, on 30 October 1845, was a high profile event; covered in national papers with an extensive feature included in The Illustrated London News (No 183, Vol VII). A commemorative medal was even produced to mark the occasion. 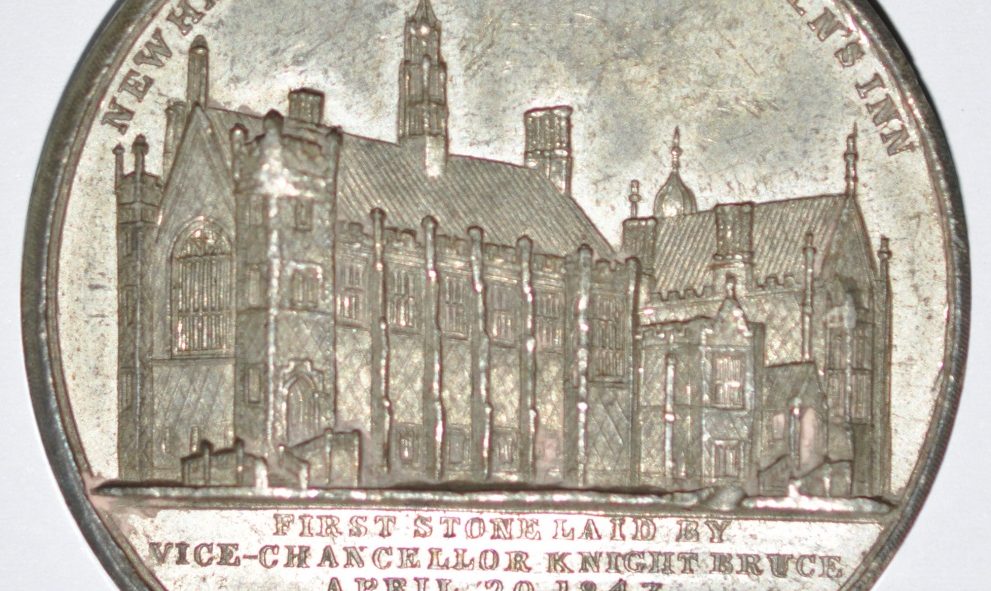 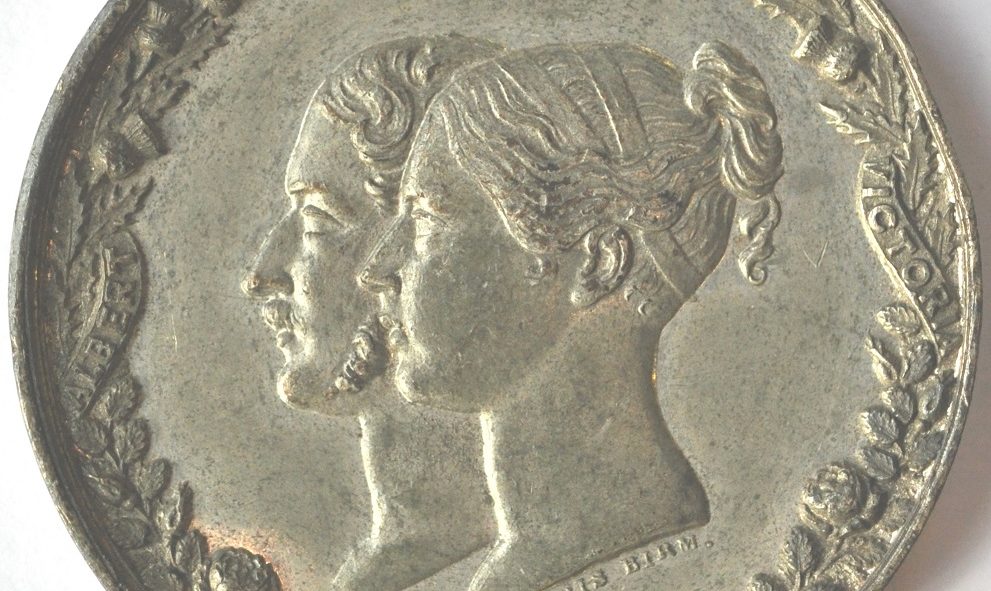 The event must have made for an impressive spectacle; the Black Books contain a detailed narrative of the scene, describing how ‘Queen’s Counsel wore their silk gowns and the long full-bottomed wig; Lord Cottenham, Lord Campbell, and the Speaker, wore their black velvet Court dresses, the three Vice-Chancellors their full-dress Judges’ wigs, and Lord Bexley his blue and gold official dress as a former Minister of the Crown.’ The Queen is recorded as having worn ‘a blue drawn silk bonnet, with a blue feather, a dress of Limerick lace, and a scarlet shawl with a broad gold edging’ while Prince Albert was in Field Marshal uniform.

Interestingly, it wasn’t only the Inn that documented the event for posterity. Queen Victoria also recorded the particulars of her visit in her diary, describing the Great Hall as ‘a very fine building’ and the Library as ‘a very handsome room where I was placed on a Throne, & received an address.’

After the address and the Queen’s reply, the Treasurer was knighted and Prince Albert was made a member (and subsequently a Bencher) of the Inn. The Queen, Prince Albert and other dignitaries, including the Lord Chancellor and the Duke of Wellington, were then asked to sign the Golden Book, being, as the Queen notes in her diary, ‘the same book as Charles II had [signed], as well as James, Duke of York & Prince Rupert.’ 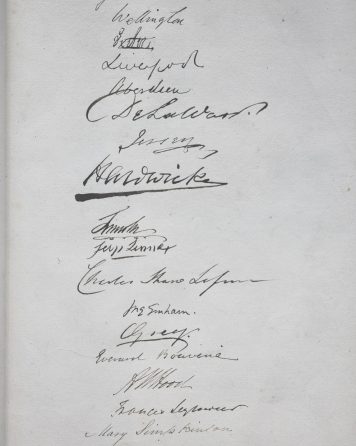 The ceremony being over the Queen, accompanied by the assembled party, proceeded to the hall. A sense of the scene is depicted in Joseph Nash’s painting (which was commissioned by the Inn), where Queen Victoria and Prince Albert are shown arriving at the Inn and leading the procession of dignitaries down the centre of the hall. The painting conveys a sense of the immense scale of the new building which, at 125 ft long by 45 ft wide, was the fourth largest hall in London.

A luncheon was then provided for the guests, with the food for the head table provided by Gunter & Co, the Mayfair caterers.

Queen Victoria also describes the meal in her diary recalling how:

‘Luncheon (in fact a dinner) was served in the Hall, where there must have been nearly 500 people seated at table. Our Suite, the Ministers & Benchers all sat at our tables. The rest of the company were solely composed of Barristers & Law Students. After serving me with soup, I desired the Treasurer, to sit down next to me. He had previously, at my desire, told the company to be seated. I sat under a canopy. At the conclusion of the luncheon, the following toasts were given: mines, Albert’s Bertie’s & the Royal Family… After this Albert got up & in a loud, clear voice said. “It is Her Majesty’s command, that we should drink the health of his ancient & honourable Company”. This was very enthusiastically received with cheers.’

Queen Victoria’s diaries have been made available online, by the Royal Archives and Bodleian Libraries, where this entry and others can be viewed in full.