John Mensah Sarbah was one of the most prominent nationalists of the Gold Coast in the late nineteenth century and early twentieth century. He was also the first African from the Gold Coast to be called to the Bar.

John Mensah Sarbah was born in Cape Coast on 3 June 1864. His father sent him to England when he was sixteen to continue his education. He attended Queen’s College in Somerset, and the University of London, before being admitted to Lincoln’s Inn to study for the Bar. 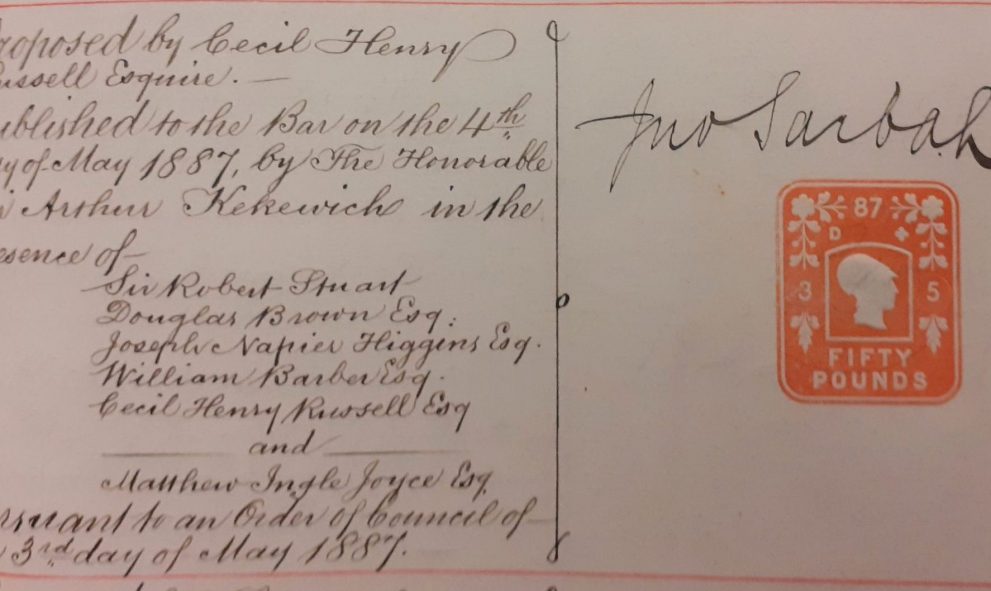 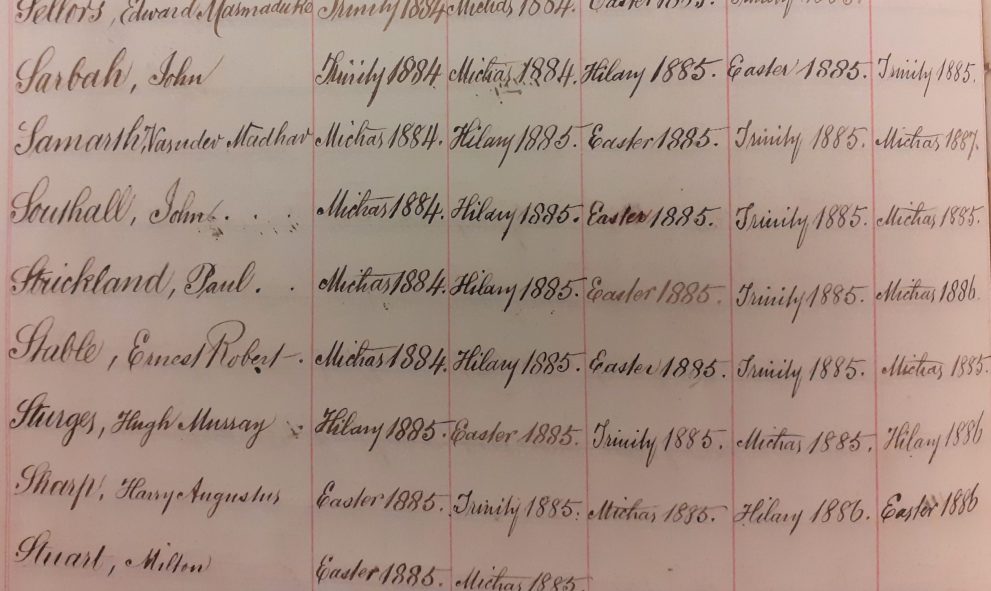 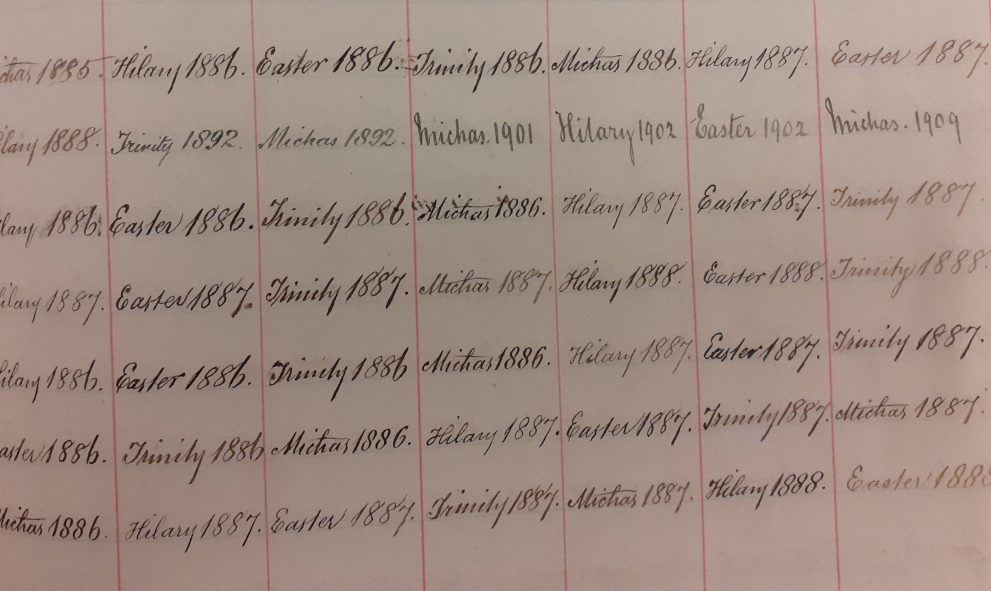 After being called to the Bar, John Mensah Sarbah returned home and established a successful practice. He was well regarded as a legislator, and was nominated as a member of the Legislative Council in 1901. He was interested in law reform and felt that corruptions within the crown colony service needed moderating. His active interest in politics led him to help found the Aborigines’ Rights Protection Society (ARPS), which looked to safeguard the interests of the African population.

The Land Bill of 1897, which threatened the traditional system of African land tenure, was strongly opposed by the ARPS. They sent John Mensah Sarbah to argue against its passage in the Legislative Council. When this was unsuccessful, he advised the ARPS to send a delegation to England to petition against it. The delegation travelled to London in 1898 and succeeded in getting the Lands Bill withdrawn. Sarbah returned the 400 guinea fee which the ARPS gave him for his work, as he regarded it as an honour to serve his country. The ARPS used this money to establish a press, which went on to publish The Gold Coast Nation (1912) and The Gold Coast Times (1923).

John Mensah Sarbah also worked hard to promote secondary education. He founded a Dutton scholarship at Queen’s College, Taunton in memory of his brother, Joseph Dutton Sarbah, who had died there in 1892. He also, together with other nationalists, re-established and financed the Cape Coast Wesleyan School. He went on to help promote an enterprise called the Fanti Public Schools Limited, which led to the foundation of the Mfantsipim School in 1904.

The Library at Lincoln’s Inn has copies of both these works. Their collection also includes a first edition of each work, generously inscribed and gifted by the author. 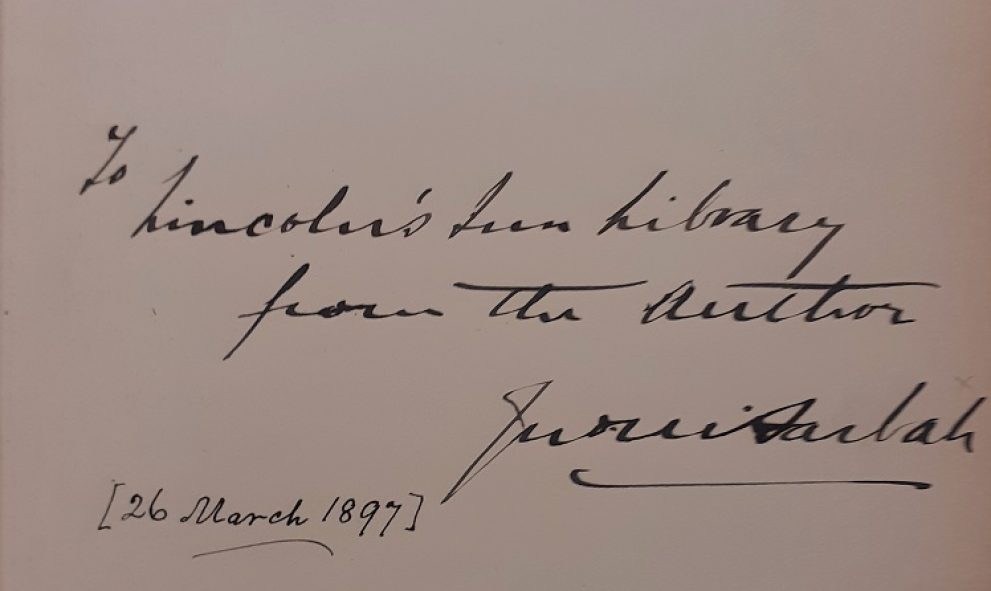 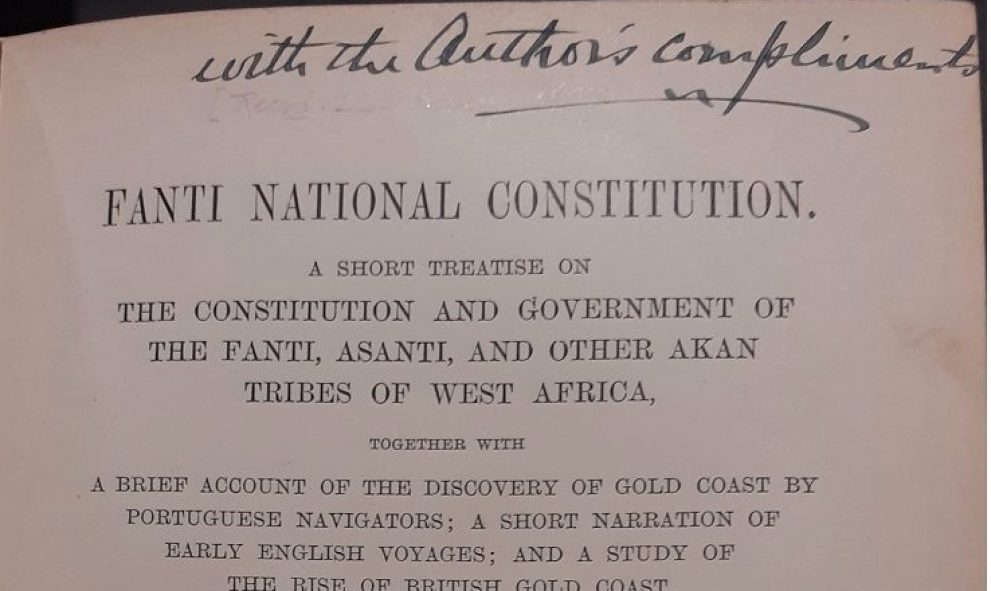