The Inn has many fine paintings in its collections, which have been gifted, collected, or commissioned over the years. The following works are a small selection of some of the many paintings displayed at the Inn. 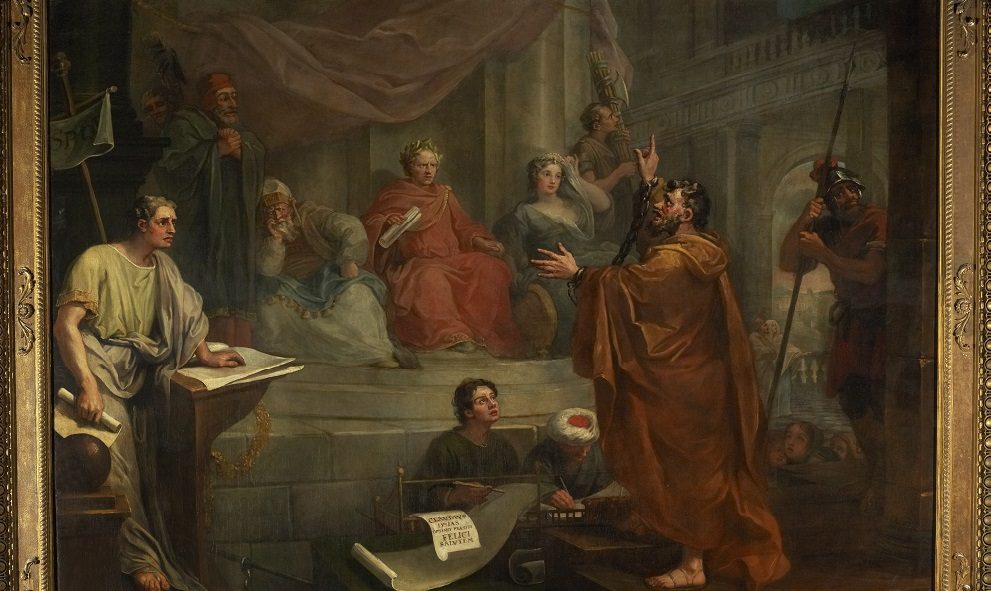 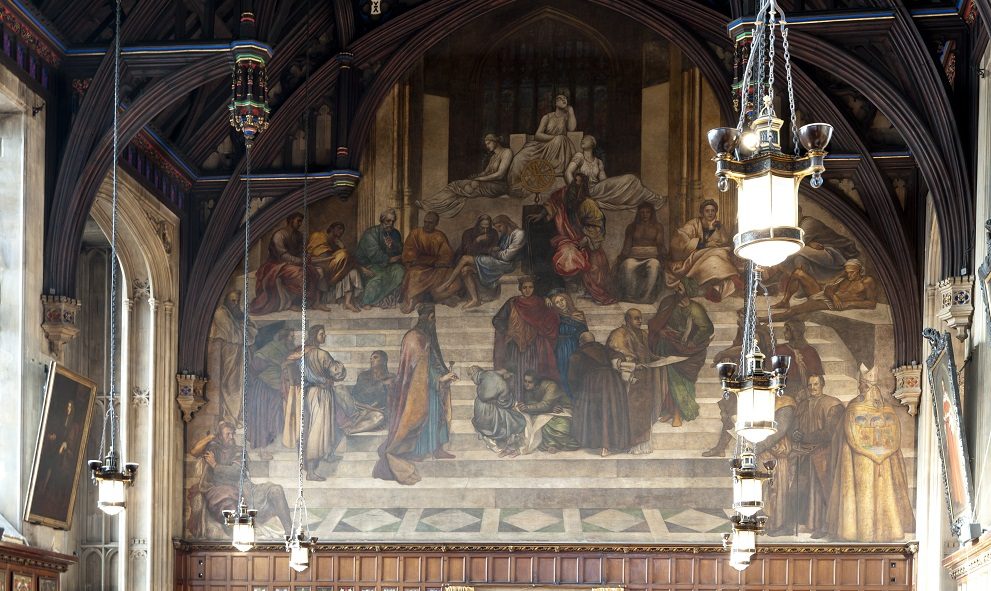 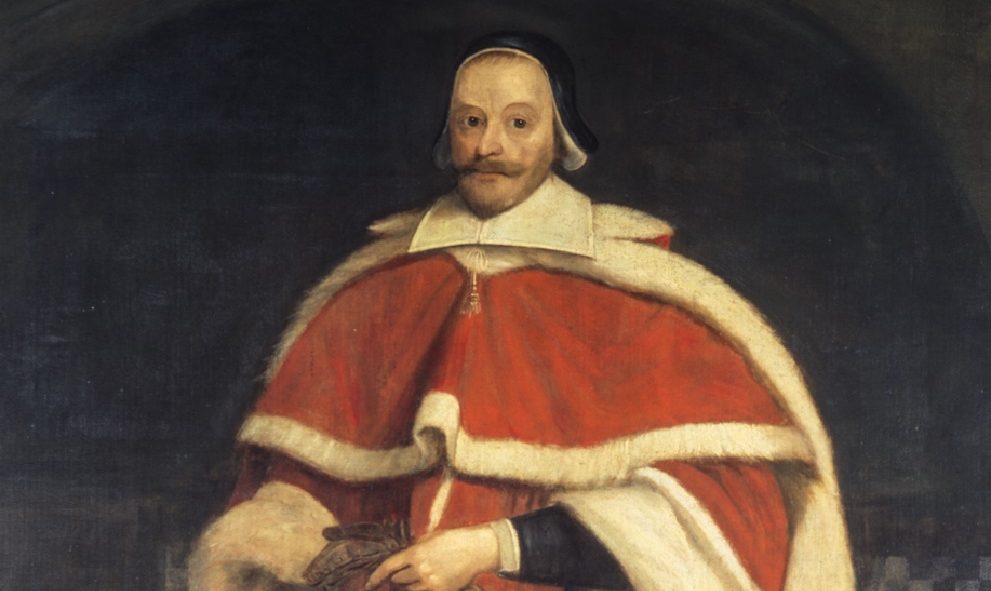 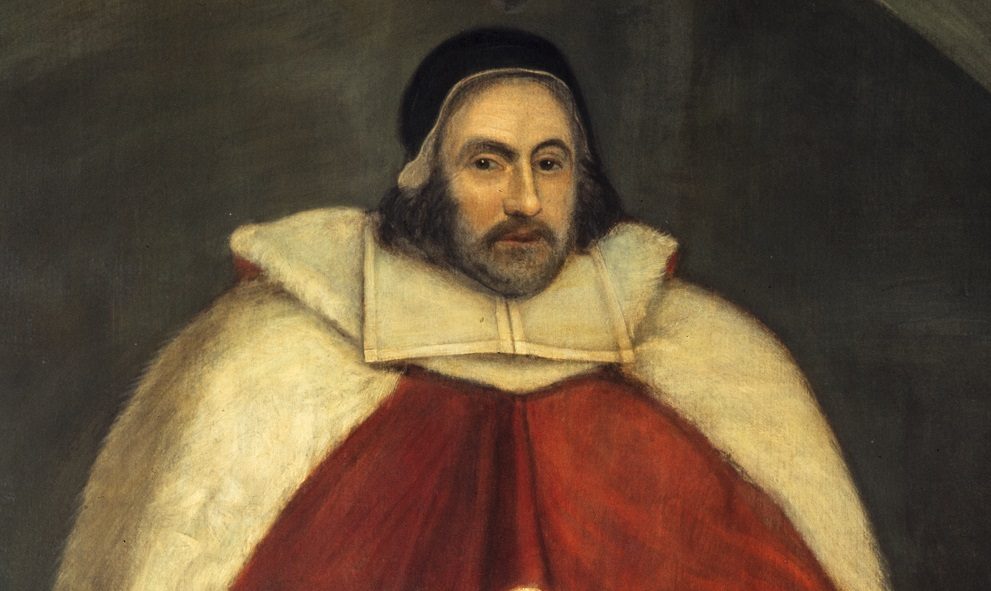 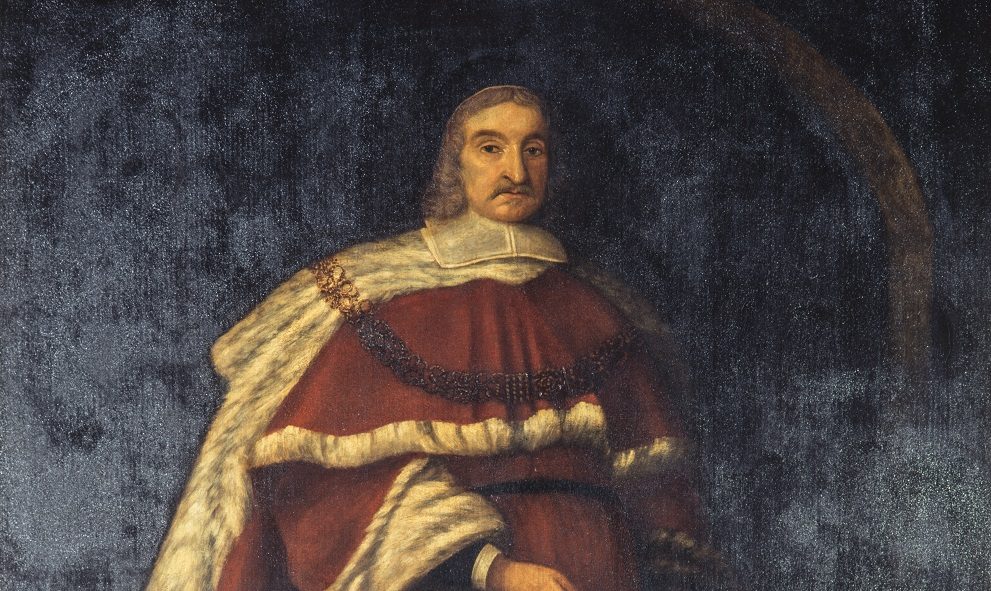 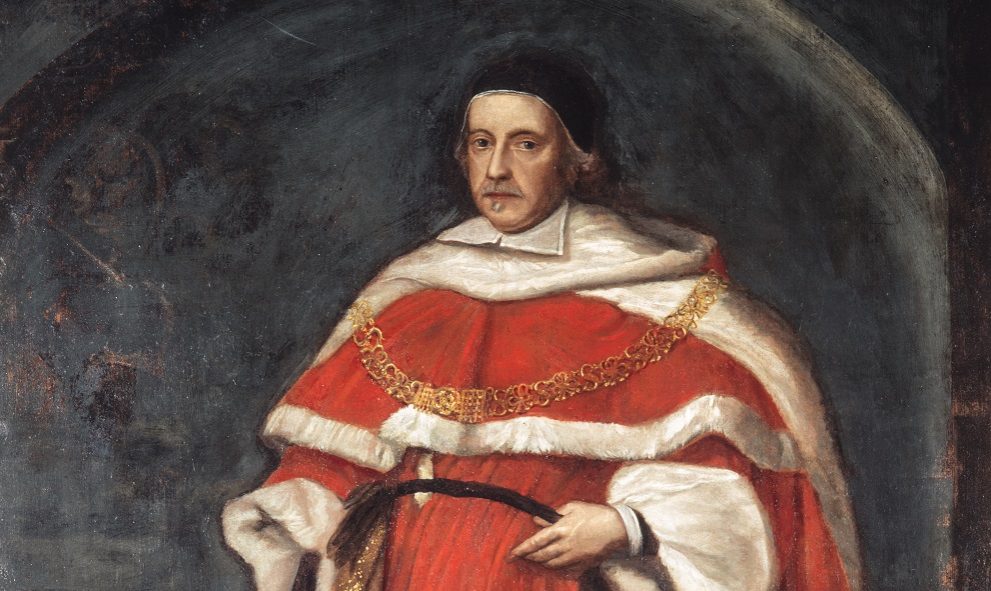 A bequest of Lord Wyndham in 1745, provided £200 for ‘adorning the Chappel or Hall or both’. William Murray, later Lord Mansfield, secured the commission for Hogarth, who chose as his subject events recorded in Acts 24: St Paul, mobbed by the Jews for ignoring their laws, is saved by Roman soldiers, who hear that he is a Roman citizen and send him to Caesarea to be judged by the governor, Felix. The painting was too large for the Chapel and was hung in the Old Hall which was in use as a courtroom at this time.

The frame is a copy made in 1877, from Hogarth’s original pattern. The painting remained in situ in the Old Hall until 1876, when it was moved to the Great Hall. By January 1877, it had been hung in the Council Room and in 1892 it was moved to the upper vestibule. It returned to Old Hall, the place Hogarth envisaged for it, in 1908.

In the Great Hall, the whole of the upper part of the plaster of the north wall is occupied by an extensive fresco by G F Watts, O.M., R.A. The painting, some 45 feet wide by 40 feet high, is entitled Justice, A Hemicycle of Lawgivers. It includes some two dozen named figures (including Moses, Pythagoras, Charlemagne, Justinian and Theodora and King Alfred the Great, ), and ten others, including monks, scribes, and a druid. For some of the figures, Watts made studies from his friends. Justinian was drawn from Sir William Vernon Harcourt, Alfred from Emma, Lady Lilford, and Minos from Lord Tennyson. The fresco took several years to paint, and was completed in 1859. It is a true fresco, painted on freshly laid plaster while it was still moist, and its maintenance has proved an on-going conservation concern. In the last hundred years it has had to be treated on a number of occasions, most recently in 1986.

After the Great Fire of London in 1666, questions arose concerning landlords, tenants, and occupiers of buildings destroyed by the flames. An Act of Parliament (18 & 19 Chas. II, c. 7) established the ‘Court of Fire Judges’, in which the two Chief Justices, the Chief Baron, and all the other judges of the two Common Law Courts sat at Clifford’s Inn Hall, hearing cases informally and without charge.

To honour these men, the Court of Aldermen ordered on 19 April 1670 that ‘their portraits be taken by a skillfull hand and kept in some publique place of the Citty for a greatefull memorial of this good office’.

The portraits were displayed in the Guildhall until 1939, when they were taken down and stored in the crypt. They remained here until after the fire raids of December 1940, during World War Two. Unfortunately the crypt proved an unsuitable storage location, suffering from water damage in particular and resulting in serious damage to the portraits.

Five members of Lincoln’s Inn made up the total of eighteen ‘Fire Judges.’ They were Matthew Hale, Edward Atkyns, Richard Raynsford, Samuel Browne, and Wadham Wyndham. The portrait of Wyndham was presented to Lincoln’s Inn, with those of Sir Edward Atkyns and Browne, in 1951, when the Common Council of the City of London decided to present eight of the remaining portraits to interested parties and authorised the Library Committee to dispose of the rest. The portrait of Hale was lent to the Inn by City Art Gallery by October 1999. The portrait of Rainsford, presented to H G Bryson in 1951, was bought by the Inn around same time from a dealer. They are all displayed in the Great Hall.